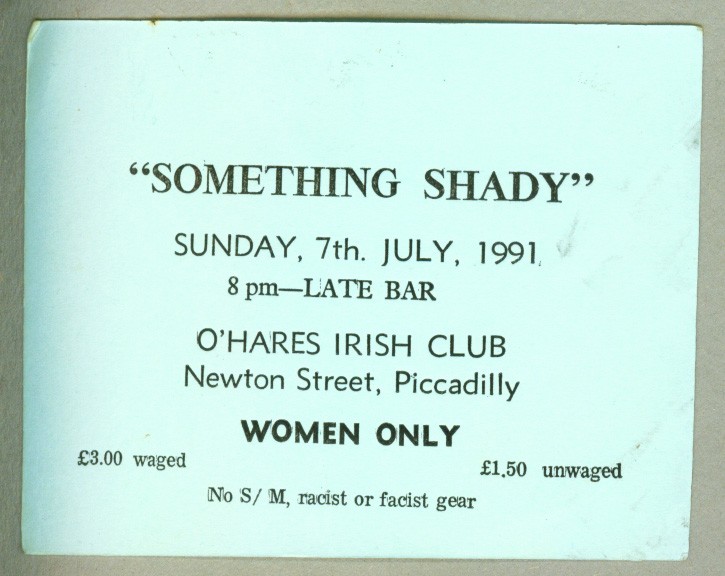 A ticket for a Something Shady gig. " No S/M, racist or fascist gear" allowed.

Factions of the political lesbian/separatist community at this time believed that leather trousers had S&M/Nazi connotations. S&M was regarded as oppressive to women by some feminists.