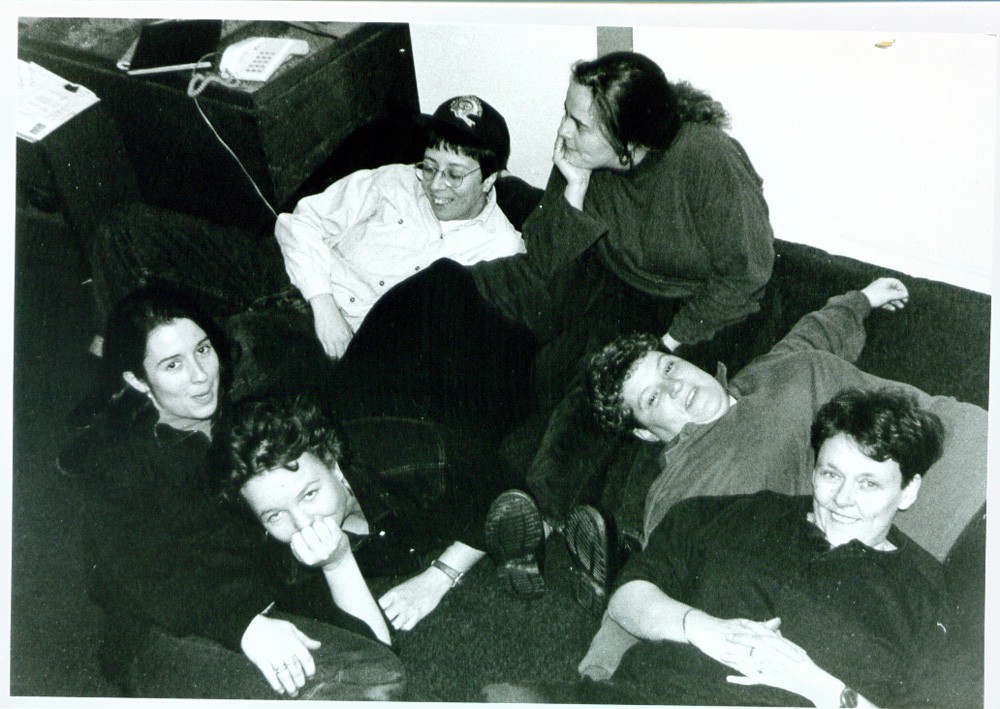 A promo photo of Something Shady. The blurb says:

Something Shady is a nine-piece women's band who formed in 1989 and have been playing in various venues around the north. The band has just returned from a tour of the north of Ireland. Something Shady cover a wide range of music, mostly original songs taking in all kinds of styles including country, rock and soul.

Here's the line-up - (there were many, so I've stuck everyone's name down!)