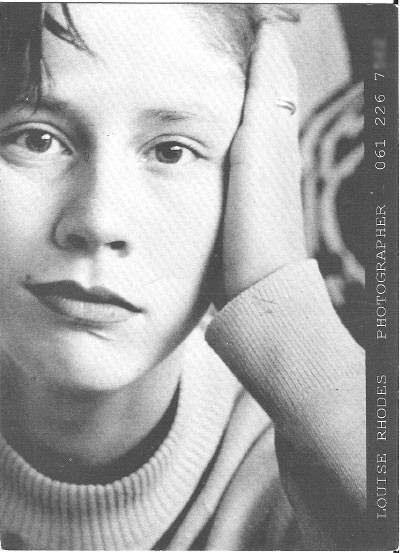 Before forming Lamb with Andy Barlow, (and well before her solo career) Louis Rhodes was one of Manchester's busiest music photographers. She had a studio on Clyde Road in West Didsbury where she would often take pictures of celebs such as Mark E Smith and Daniel O'Donnell!