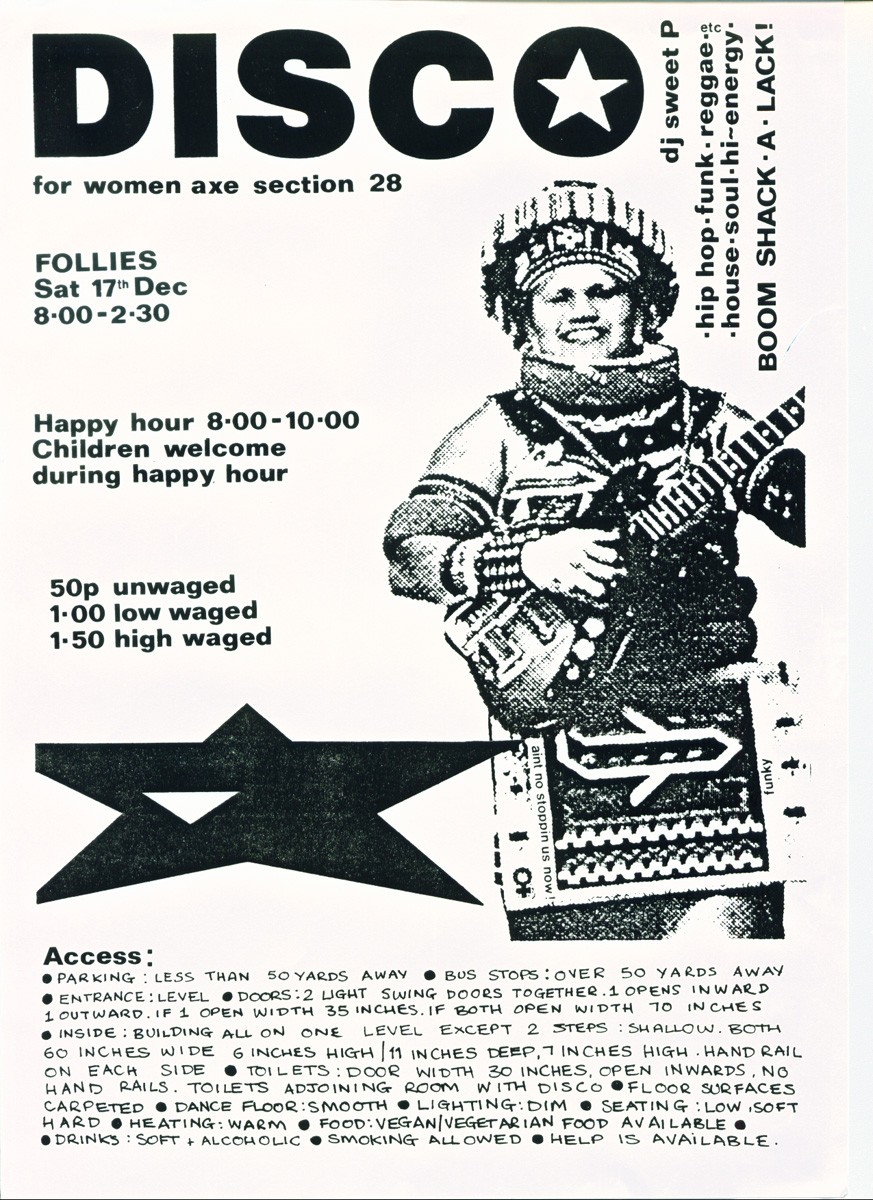 A poster for an anti-Section 28 women's night at Follies with DJ Philippa Jarman, who was sometimes known as 'Sweet P'.

As with lots of posters from this period, a lot of information was given regarding the venue's disability access.

The amendment stated that a local authority "shall not intentionally promote homosexuality or publish material with the intention of promoting homosexuality" or "promote the teaching in any maintained school of the acceptability of homosexuality as a pretended family relationship".