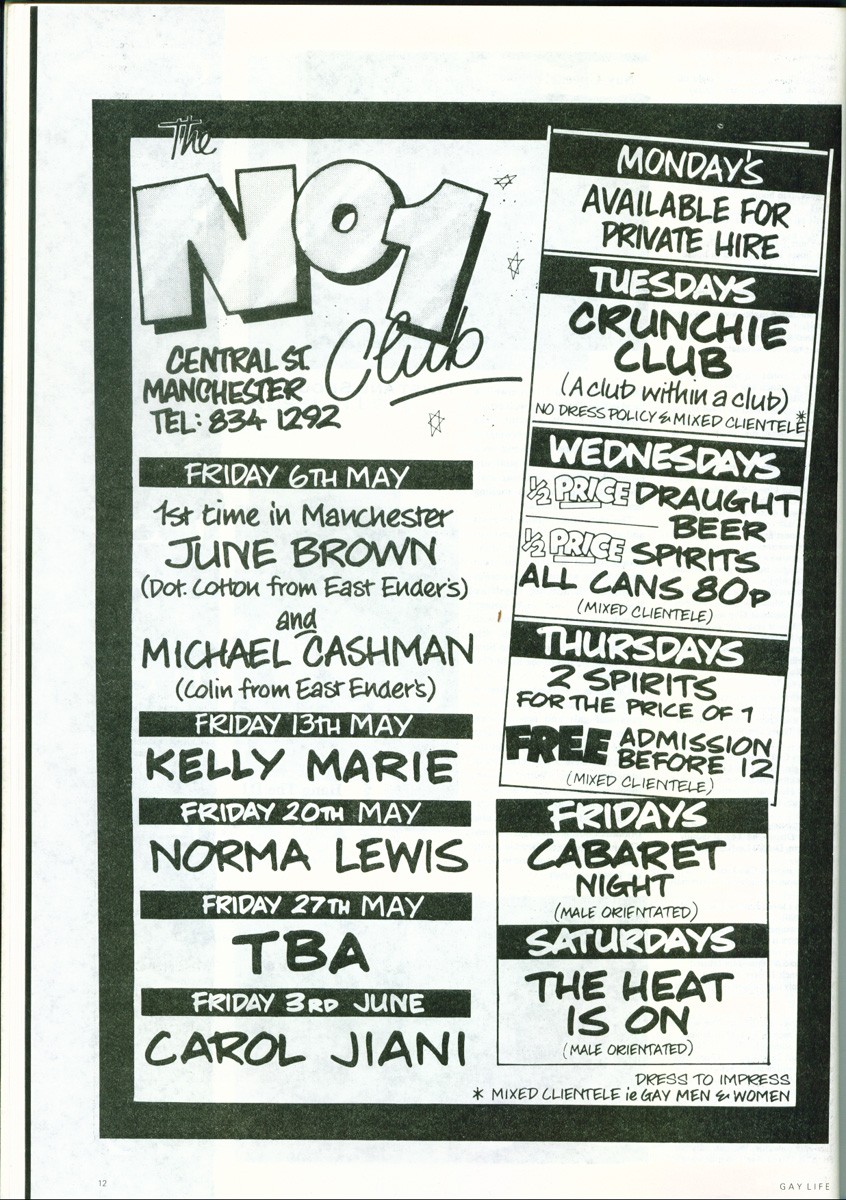 An advert that illustrates what a night at the Number 1 Club would have been like before its highly successful reincarnation as a gay house club in 1991.

I'm not sure what the night with June Brown and Michael Cashman would have entailed....

Friday and Saturday nights, 'Cabaret Night' and 'The Heat Is On' respectively, are both described here as 'male orientated', whilst other nights are mixed.