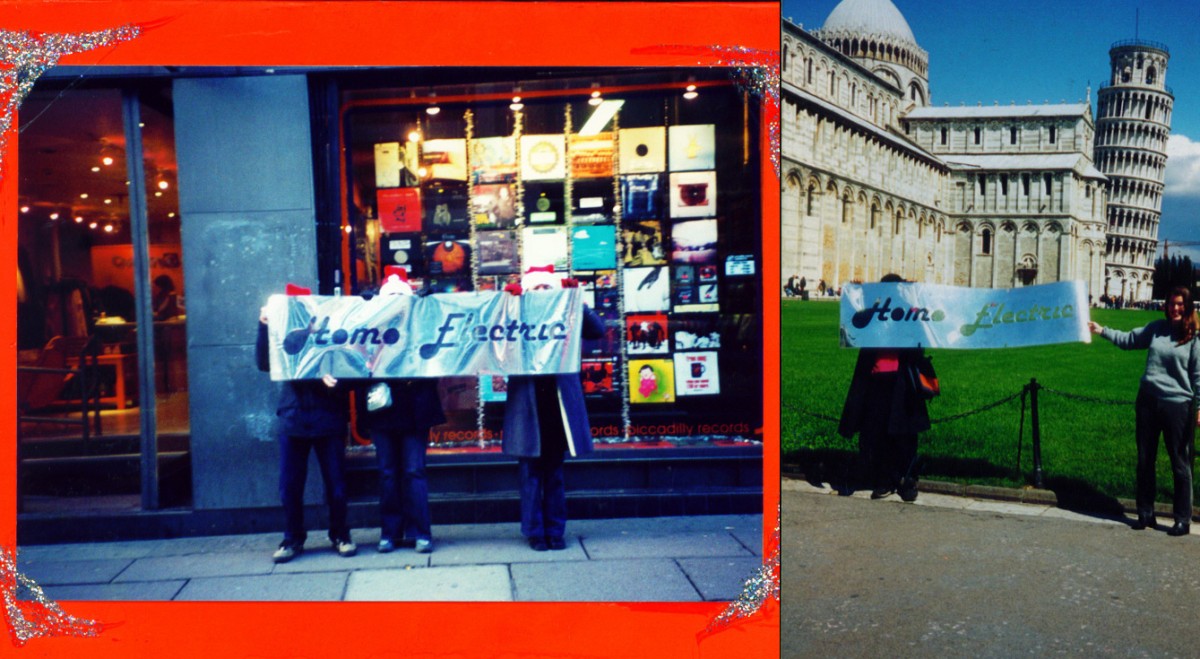 Back in 2000, a group of naughty Homo Electric fans stole the club's no-expense-spared foil sign, which would usually be seen swaying over the sweaty dancefloor.

They then took a picture of themselves displaying their bounty outside Piccadilly Records and sent it via a Christmas card to Piccadilly co-owner and and Homo Electric DJ, Philippa Jarman.

The shady ladies even took a picture of themselves in front of the Leaning Tower of Pisa with the sign, again mailing the evidence anonymously to Philippa.