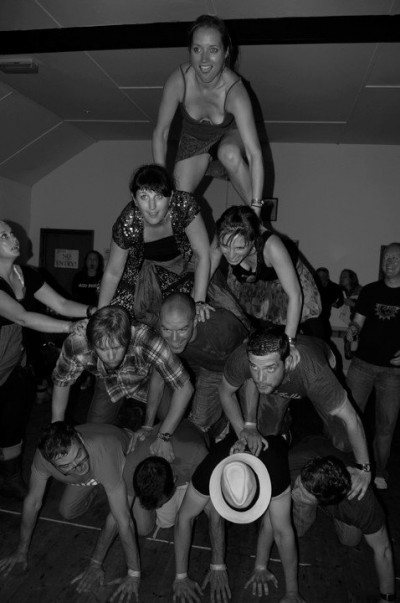 A photo taken by Elisabeth Kurtis at this year's That Amazing Thing! camping trip in Appleby. The human pyramid happened towards the end of the night when the four DJs who had played, Rob Dobson, Crowhead (Woody), Francis Wooff and Luke Unabomber were doing one record on, one off.

James Holroyd was booked to do the after-hours slot back at the camp site, but locked his records in his car boot, and then lost his keys. Gutted!

That Amazing Thing! is a night run by Francis Wooff and it happens several time a year in various venues across Manchester and beyond. As this picture illustrates, it's always an absolute riot!
Artefact added : 2nd September 2010
by Abigail