Photograph
Out Of The Blue studio
1994 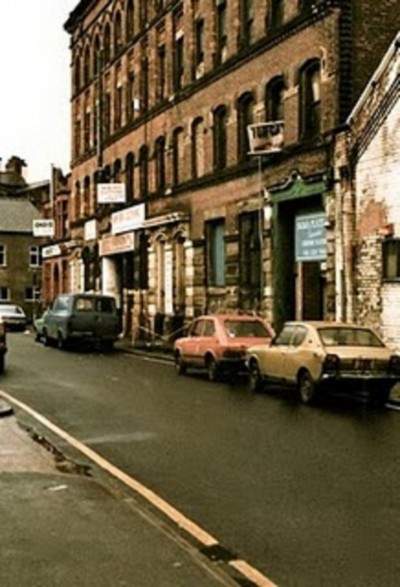 Out of the Blue studios were a partnership between Nick Garside and Adam Lesser. Nick concentrated on working with guitar bands from Manchester and Liverpool and Out of the Blue is regarded as the original "Madchester studios", although some Mancunian legends that won't take kindly to such a tag - the likes of The Fall and 808 State - also rehearsed and recorded there. Adam carved a niche for himself in dance music and was the drummer for a while in Cath Carroll's band, The Gay Animals. Perhaps the most famous band to use the studios were Oasis, exemplified by 2009's "Out of the Blue - The Oasis Photographs" collection:

"In a five year journey which began with a photo-shoot of an unknown band at Manchester's Out of the Blue studios in 1993, Michael Spencer Jones worked closely with Oasis to create a series of enduring images which adorned the bands' first three albums and their accompanying singles."

Out of the Blue was in Ancoats, just north-east of the city centre which is recognised as the birthplace of the industrial revolution. It was in Ancoats where the towering cotton mills and warehouses were constructed with thousands of tiny terraced, back-to-back and cellar dwellings crammed between, housing the impoverished workers.

If Ancoats was the engine that powered arguably the most important trading city in the world in the 18th century, then this engine had well and truly stalled and died by the time the Manchester punk scene emerged in the late 1970s. Factories had closed, streets and houses flattened, and communities dispersed.

Amongst the debris, some warehouses and mills did survive, and in the 21st century are actually being restored and converted into flats and business premises. It was in one such decaying factory that Out of the Blue was housed on Blossom Street, and although the studio is no more, the building has been restored.
Artefact added : 3rd September 2010
by granata

granata Says –
More pics and adverts at this link: tinyurl.com/OotB-....

1963 Says –
After Adam and Nick called it a day Sub Sub took on the lease and had their own studio there, sub-letting rooms to Rob Gretton's label, Tony Martin (Tot), Simon Crompton (Digital Justice et al), and Phil Kirby (with whom Mr Scruff worked on his 1st album there).

The Datsun outside belonged to engineer Dave Pringle (I had a great Orange amp nicked out of the boot of it on that street...) and I reckon the Fiat 127 in front of it was mine from when I worked in there wiring bleedin' mixing desks and patchbays for hours on end

On 20th Feb 1996 there was a fire in the control room and that pretty much shut the place for good : (

i remember coming out one night and seeing a car on fire. pretty shady area at that time.

Liam Maloney Says –
Does anyone know where I can get a hi-res copy of the photo? Absolutely love it!

Glass Onion Says –
I remember recording one of our early singles there 'Turn up the Power' about 1992. The live room was very creepy but the control room sounded the bollocks! We were A B ing it with 'Mr Vain' by Culture Beat & Adam Lesser got it spot on.
Dale Longworth (n-trance) 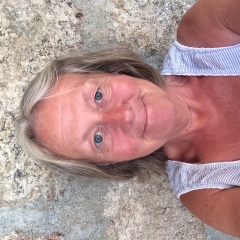 Mrskim Says –
I set it up with Adam ..... anyone know how to contact him??
Kim x
If you'd like to leave a comment, please Login. Login
Manchester Digital Music Archive is licensed under an
Attribution-NonCommercial-ShareAlike 4.0 International License.
Charity no. 1164179
Our archive currently contains 3860 Bands, 758 DJs, 1458 Venues, 316 Industry Professionals and 29647 artefacts contributed by 4037 members.