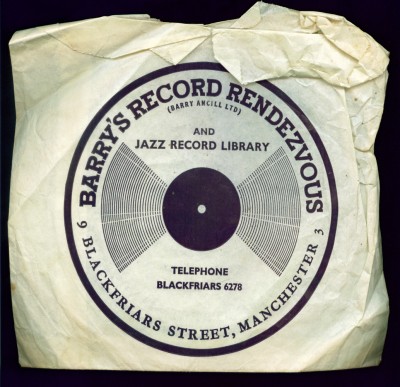 Jut came across your website and wanted to add in little info on Barry's Records Rendezvous.

Just picked up a record by the Karl Denver Trio on Rendezvous Records. The address is very similar (19 Blackfriars St, Manchester 3) - so I'm guessing its nearly the same.

There is no date, but guessing that its after Karl Denver was deported from the US in 1959, the group being formed in the "early '60s" according to Wikipedia. It looks like is from around this period (but before Decca).

Hope that sparks something