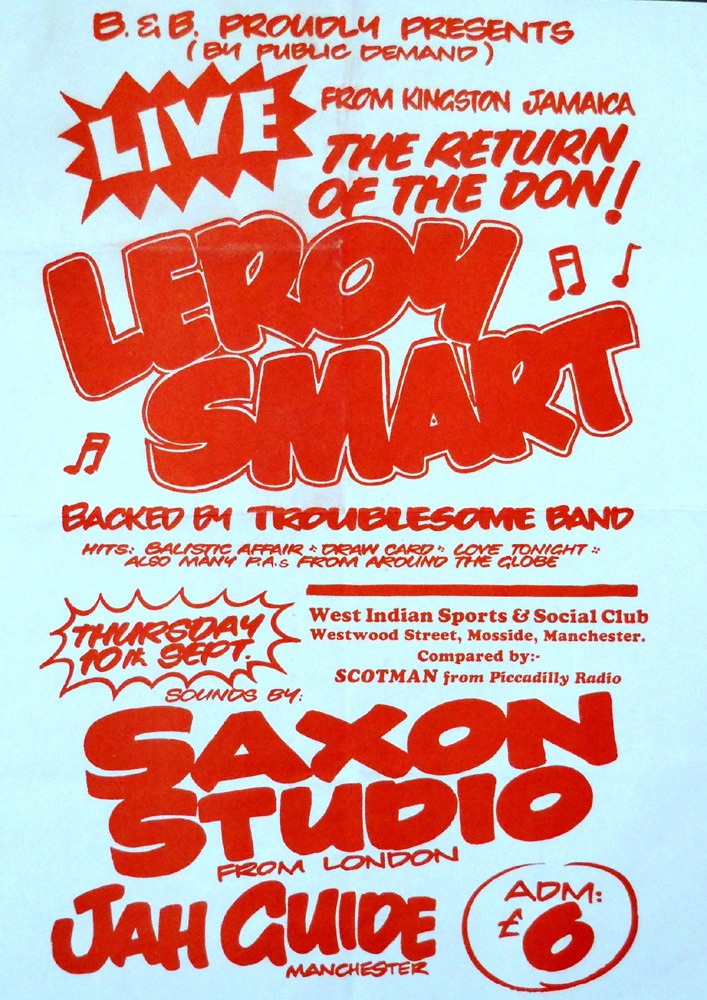 It's winding me up seeing all these top nights I missed;this would have been a particular corker.If anyone's got a time machine they're not using this weekend I wouldn't mind borrowing it....
I've mentioned that at some point,next time I disembark at Ringway I'll make sure to have reams of this stuff to give to your archive;I may however hold on to this little gem to hang on the spare room wall;it's a good looking flyer is that!
Speaking of the airport(which I wasn't but am now),when I was but a wee nipper we often used to traipse out to the airport to watch planes come in from far-away,exotic lands, with " interesting "people on board.Mostly tanned and smartly dressed;(a clear picture of young ladies wearing pastel coloured hot pants springs to mind....it was the sixties/early seventies and that passed for sophistication in our books).Also A.C. Milan flying in on a privately chartered Alitalia jumbo....half the kids of Wythenshawe must have turned out for that one;it was better than hanging round Civic....
That was the first time I remember seeing a bona fide popstar.We were going down the escalator from the concourse (rakes of us ),when Ray Dorset(all decked out in his popstar paraphenalia), and his band Mungo Gerry, were coming up the other side.Wow,that was exciting!Must have been about '71.Good job it wasn't the likes of The Bay City Rollers or the girls may not have been able to contain themselves....(There's funny footage of the Rollers at Bellevue with the crowd going wild. Sure to be in the Granada vaults somewhere.).B.T.W. I've heard it's the 30th anniversary of James Marshall Hendrix death so respect to the man;I remember it 'cos it was the week the new decimal 50p piece came out...strange what a kid remembers...also seeing the film "Rainbow Bridge" at the cinema in Gatley.He's only in it for 10 minutes.....God it was boring!
How I get from a reggae do to The Rollers is beyond my ken but I hope there's a snippet of useful information in there!
Artefact added : 18th September 2010
by dubwise-er