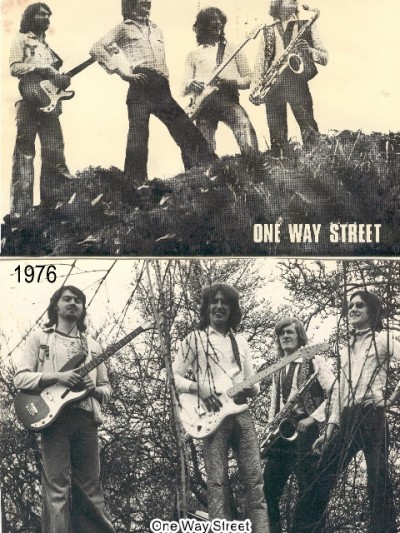 I would not have bothered putting my One Way Street band on here were it not for the fact of who was in this band, a 19 year old Mike Doherty played drums until going off to join the Smirks, The Freshies and many other Manc outfits, Also Ronnie Poole on bass who then joined up with John Cooper Clarke and The Out with our very own George Borowski amongst others, OWS never did anything other than caberet to earn dosh for dope and music during the week, we also traveled to Denmark where I suppose we all cut our teeth really.

When we arrived in Denmark we gave em the Drifters and other shit and died a death, when we found out their idea of caberet was Smoke On The Water we could not believe our luck, we changed our show intermediately to our mid week rock jams and went down a storm over there, yep we then showed em how to rock Manc style and they loved it! hah 24/7 party after that all in, happy days
Artefact added : 21st September 2010
by philplatt