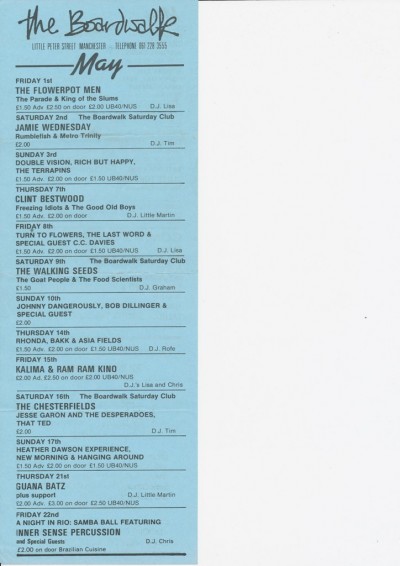 I remember reading an interview with Johnny Dangerously where he said he'd walked off stage at The Band on the Wall but went the wrong way behind a curtain and stayed there for the whole of the next band's gig 'cos he was too embarassed to walk back out front...strange man!
Guana Batz with The Meteors at Devilles some other time....
The Meteors with Theatre of Hate at The Poly...yet another time..
Lots of bands and like most punters,young and lots of time on your hands....still happens just the same with kiddywinks today....
Artefact added : 25th September 2010
by dubwise-er