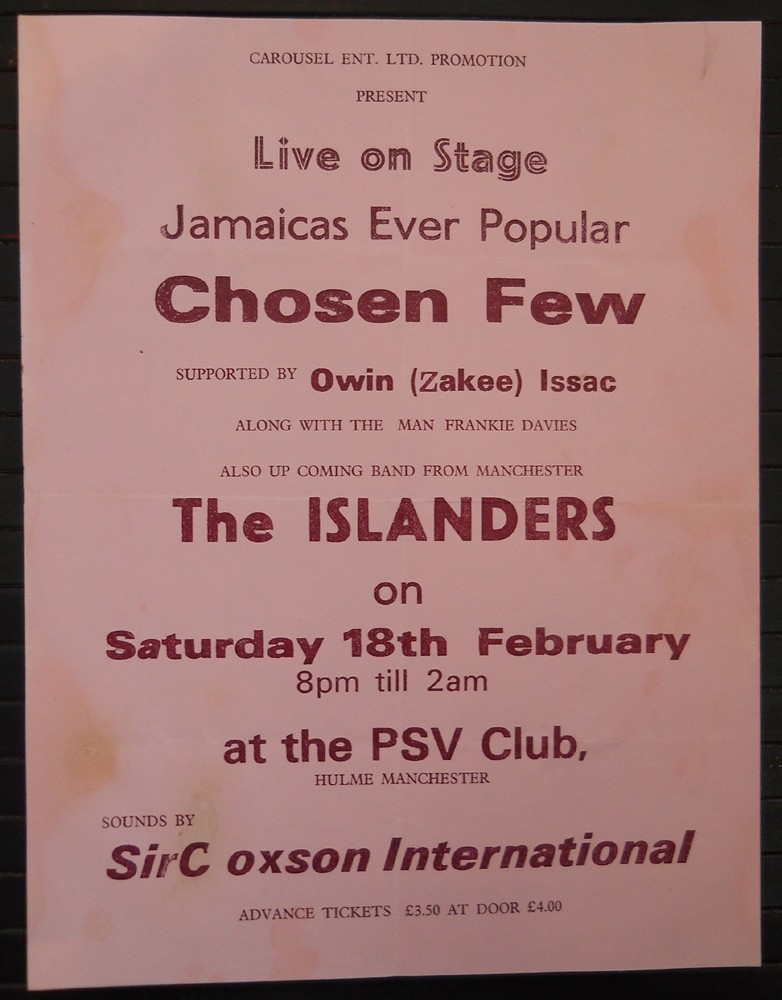 Think these bands were more on the lighter/Lover's side. Coxsonne Dodd was an old mate of Murray from Murray's Music City in Brook's Bar, then later Princess Road. I doubt whether he ever travelled with the sound though, think maybe it was his son and/or heir.

Clement Seymour "Sir Coxsone" Dodd, CD (Kingston, Jamaica, January 26, 1932 – May 5, 2004) was a Jamaican record producer who was influential in the development of ska and reggae in the 1950s, 1960s and beyond. He received his nickname "Coxsone" at school: because of his teenage talent as a cricketer, his friends compared him to Alec Coxon, a member of the 1940s Yorkshire County Cricket Club team.

There is a good article on Lloyd Coxsone at www.uncarved.org/...
If you'd like to leave a comment, please Login. Login
Manchester Digital Music Archive is licensed under an
Attribution-NonCommercial-ShareAlike 4.0 International License.
Charity no. 1164179
Our archive currently contains 3608 Bands, 695 DJs, 1318 Venues, 207 Industry Professionals and 19450 artefacts contributed by 3519 members.