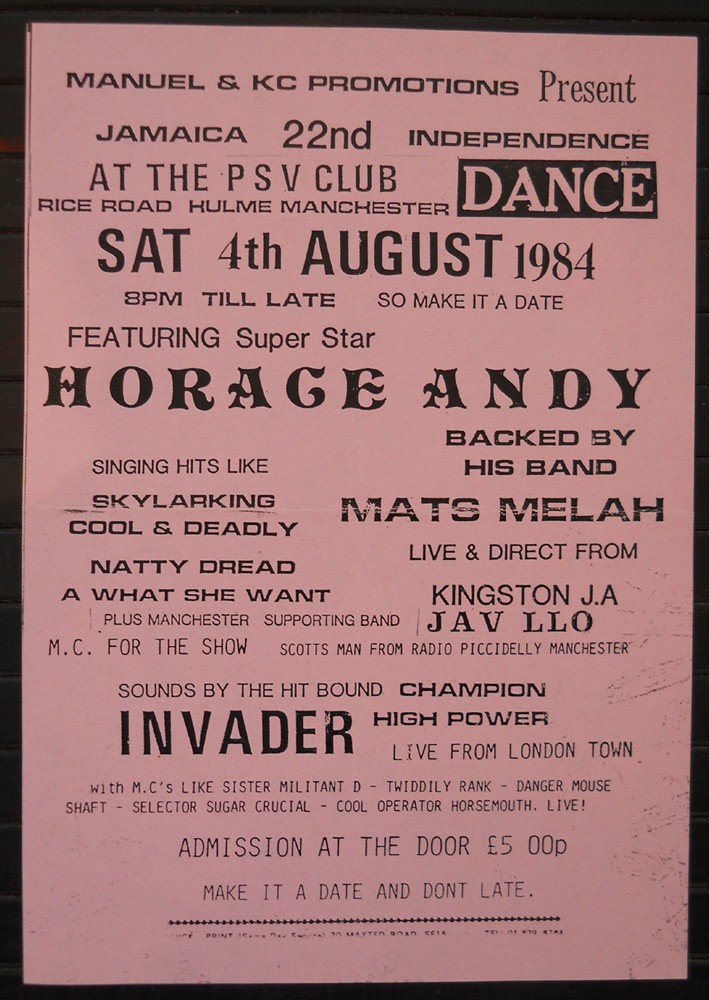 Horace at The Russell,well pre his Massive Attack days.Seen him a few times;last time not so long ago supporting(!!) Luciano the singer. Now, much as I like Luciano it should have been the other way round;he's the man!
Hangover's beat me;gonna have a power snooze and then go to a ska/punk/soul night up the road. It would make me feel old but it's full of young 'uns so it's not so bad.Occasionally they wheel me out to play some rootsy stuff just to keep an old codger happy and presumably to stop me meithering like an old bag.I like new music too though;just bought a brand new release of John Cougar Mellencamp's B-sides and rarities woohoo!Fading away....I go..........but I come back.

1963 Says –
nice series of PSV flyers here dubwise-er, makes you wonder if the guy who did them had shares in Letraset.