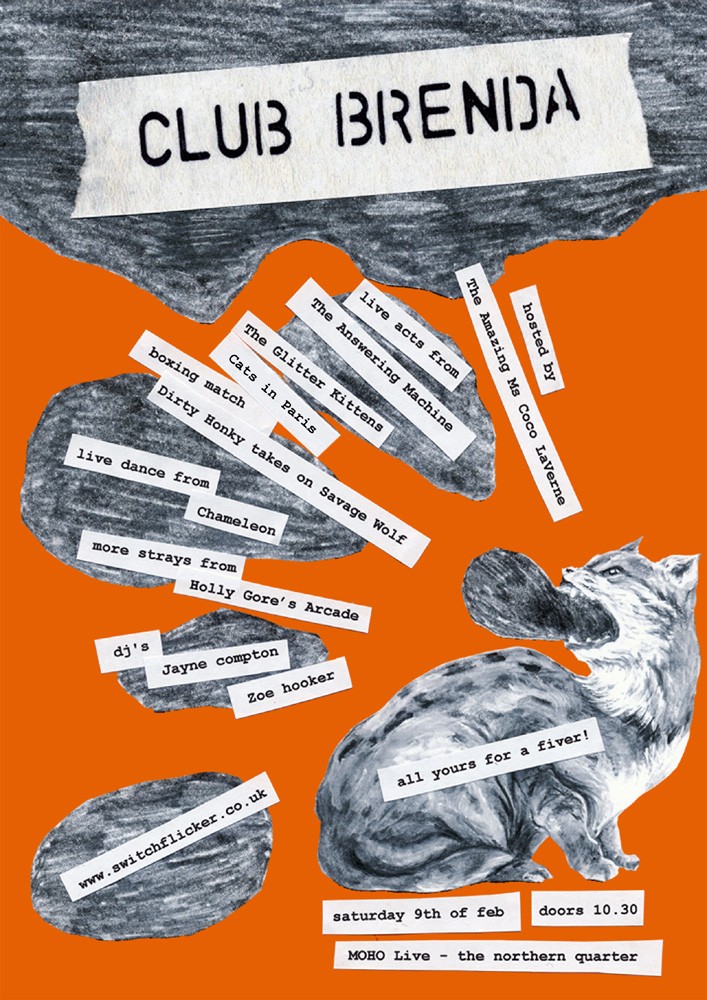 Jayne Compton is the peculiar mind behind two of Manchester’s edgiest and most enduring musical institutions: the Switchflicker record label and Club Brenda. Established in 2000 Switchflicker has given voice to some of Manchester’s most esoteric performers, such as Divine David and Chloe Poems, whilst remaining tuned in to new pop talent, including 2008&#8242;s surprise hit Tings Tings, who launched their career at the label.