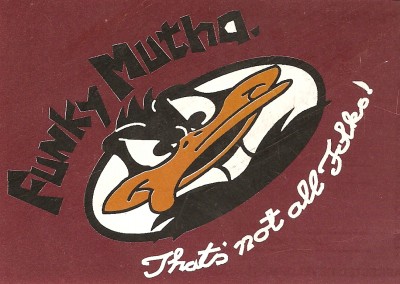 Alf & Dale DJ'd at the Man Alive every week from around 1989 to 1996. They DJ'd as Funky Mutha on Fridays and they worked with Trafford on Thursdays (Carwash) and Saturdays (Pure). Carwash played disco, funk and soul, Funky Mutha played hip-hop and r'n'b and Pure played all the above. Funky Mutha had some problems with security - the hip-hop attracted people with attitude who kept kicking off - this is why the Funky Mutha night stopped functioning as far as I remember.
(Alf did the artwork for this flyer using an Apple Mac.)
Artefact added : 21st December 2010
by ursamyn0r