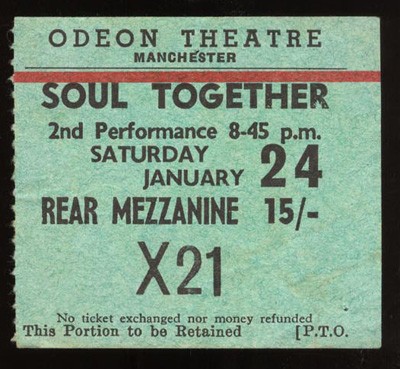 "Soul Together at The Odeon Cinema on Oxford Road. They often had gigs at The Odeon and The Gaumont. This was a soul review starring Sam and Dave and featuring Arthur Conley, Joe Tex and Clarence Carter. The only thing that spoiled the night for me was that I went with some Manchester United supporting school friends and United had just beaten City 3-0 at Old Trafford in the FA Cup 4th round that afternoon. I think it was 1970"