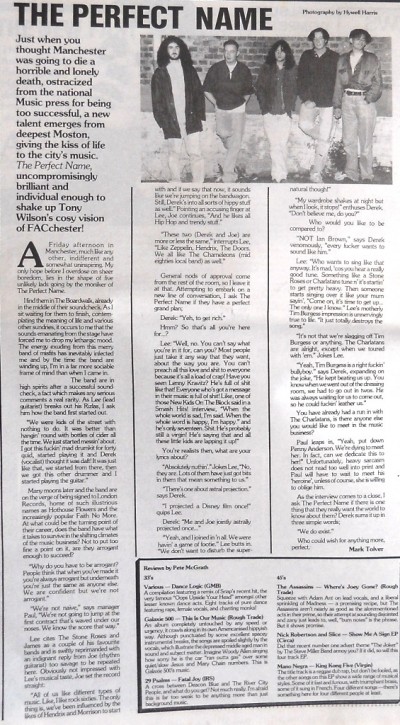 From Uptown music paper No. 63, Sept ’90. Interview with a band called “The Perfect Name”. Was it? Don’t know anything about them except they were going to be the next “next big thing”. The blockprint first column is an interesting reflection of the general mood in Manchester, in a musical sense, at that time. I mustn’t have been paying a great deal of attention around this time as I was preparing to do the offski the following month, hence why I don't know a lot of this stuff and/or forgot.
That's the Uptown music papers sorted. There's quite a bit of other press stuff but I'll knock it on the head for this go. It doesn't seem to be the most riveting stuff but nevertheless I think most of it is relevant.....not always easy to tell....Saturday evening...off to spin some choons at a mate's 40th; a few beers and some head recombobulation time...yowzah!
Artefact added : 15th January 2011
by dubwise-er