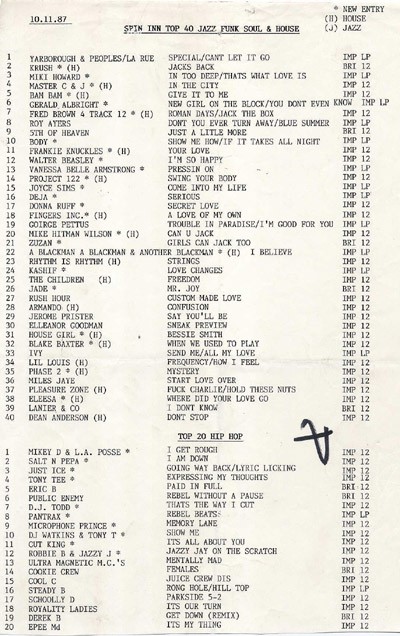 Before the explosion of House music in the late 80's, things were much simpler....there was only one dance shop in town, namely Spin Inn which was located on the corner of Cross St and Back Pool Fold.

At this time there were only a few House records around and
Hip Hop was the only genre defined enough to warrant it's own weekly chart, everything else was lumped together as Jazz Funk Soul & House.

Manchester's Fifth of Heaven score highly as one of only 5 British releases in a U.S. dominated Top 40.