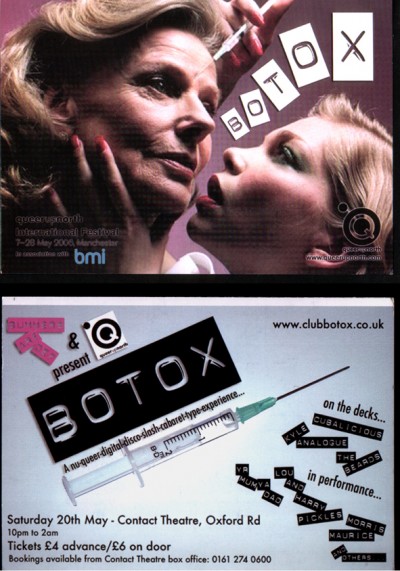 BOTOX was a one off performance off-shoot by Simon Arrowsmith (the DJ & original brains behind 'Bollox') and occasional Bollox DJ Kev Beard (The Beards).

This Performance led event was a chance to put on a more avante garde show that couldn't be done within the confines of the Bollox club space or the sunday sessions in the now defunct Gaia.

Bears walked about dressed in medical gowns offering large syringe shots of Absynth.
Yr Mum Ya Dad nearly started a fight by spilling someones pint and spitting milk over the crowd!
The mics kept dying, the mixer kept shorting out...
It was chaos...but daring...