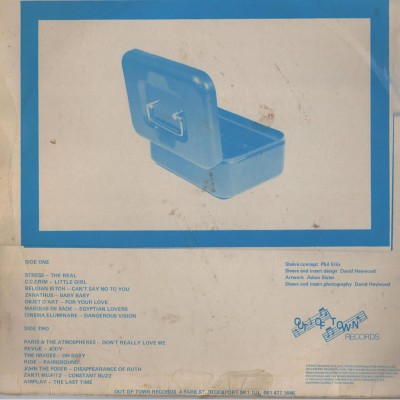 This is the rear cover and you can see all the bands featured on the album, this was a compilation in the true sense, every band on it were totally different which was great as there was no competion, in fact all the Hologram bands supported each other and went to each others gigs to fly the flag, these were mainly The Brookfield and Smugglers in Stockport.

This album was the brainchild of Phil Ellis who also put the whole thing together, we have Phil to thank for many a great gig and party back in them days, Phil also managed my Ride Band at that time and I had also been involved with him during Bootleg years as well, Phil and his sister were the Landlord and backing vox on my single 'Half Ten Closin Again.