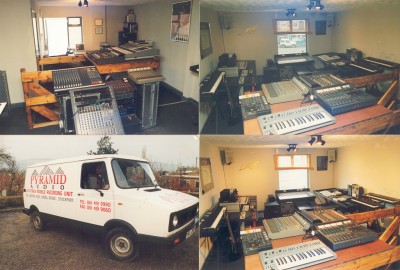 Upstairs at Hazel Grove was offices and audio stuff for both The New Underground and Pyramid Audio, really the company had it all going for it except the fact that it was 1991 and a big recession was looming, it was not the right time to be expanding as fast as we were, to this day I have no doubt that TNU would have been a massive success but at this time the banks were not listening and closing down on everyone including me.

I did end up teaming up with Phil Ellis who helped out big time with promotion and other stuff but by that time it was to late and a pack of high cards fell over, a great shame but that's life huh!!!
Artefact added : 17th March 2011
by philplatt