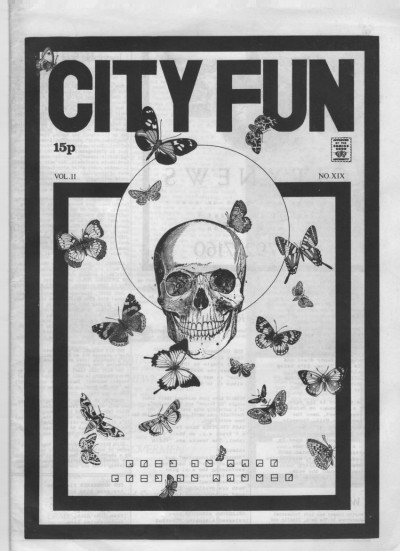 According to Wikipedia, City Fun was a magazine/fanzine documenting the music scene in Manchester, between 1977 and 1984. Initially run by a collective, its editors included Martin (Zero) Wade, Liz Naylor, Cath Carroll and Nigel Chatfield.

The band Joy Division once played a benefit concert for the magazine and the film No City Fun, by Charles Salem, was based on a City Fun article by Liz Naylor

This issue is from 1981 and the back page gig guide includes Manchester favourites the Cheaters at the Poly and other venues, plus Iggy Pop at the Apollo on Saturday July 4th - that was a fantastic gig!
Artefact added : 4th April 2011
by Spitfire1