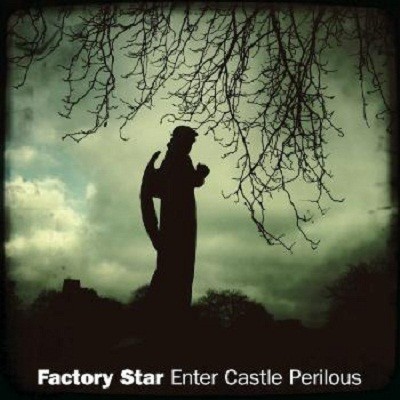 Enter Castle Perilous is the first album by Factory Star, led by Fall and Blue Orchids founder Martin Bramah. The album, produced by Nick Halliwell (The Granite Shore) and engineered by Richard Turvey (The Wild Swans), was recorded in just three days in January 2011. It is raw and articulate, the sound of a band captured red in tooth and claw.

mitch Says –
Very derivative, sorry. I took time to play all 3 tracks (played a couple of times) and its over-influenced by The Fall. And just look at the track listing titles.... Martin must've been looking back to the old days. And the name also seems to be a bit retro....

stonehorse Says –
Sorry Mitch, but I think It's a bit odd to say that it sounds over influenced by the fall when Martin Bramah was the sound of the fall.
Everyone else has only tried to replicate what he did in the first place.

mitch Says –
I think I phrased that badly stonehorse; fully appreciate martin's work with the band; I felt that it sounded like a step back to that time compared with the moves forward with Blue Orchids if that makes sense?
If you'd like to leave a comment, please Login. Login
Manchester Digital Music Archive is licensed under an
Attribution-NonCommercial-ShareAlike 4.0 International License.
Charity no. 1164179
Our archive currently contains 3637 Bands, 718 DJs, 1332 Venues, 228 Industry Professionals and 20862 artefacts contributed by 3558 members.