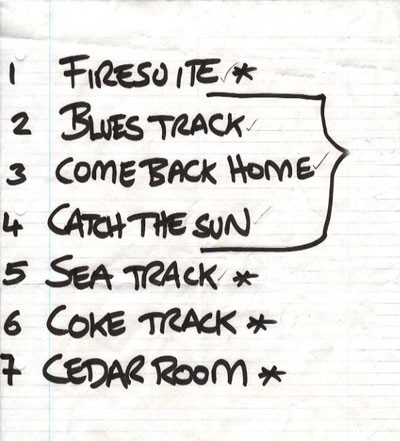 The setlist for Doves first gig at The Wheatsheaf in Stoke. Jez remembers;

"The only people who showed up to this were the other bands. I spent £5 on the fruit machine without winning a penny, then the drummer from one of the other bands won £20 on the same machine straight after! I had to order drinks from the stage.
Some of these tunes made it onto the album, some didn't!! Coke track became a B-side on Sea Song, Blues Tune didn't make it onto anything, Come Back Home was crap."
Artefact added : 5th June 2007
by mat