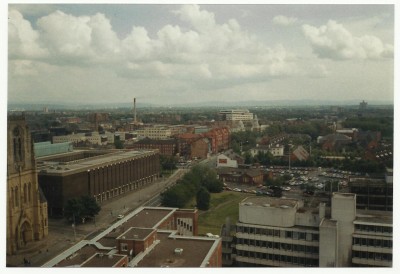 Not sure why I took this, probably testing out a new camera I bought around that time. Taken from the top of Mobberly tower, which used to be a student hall of residence above the refectory next to the Union building. It shows the area of land before the Academy 1 was built on it, the roof of the union building and Big Hands I think, if it was called that at the time!