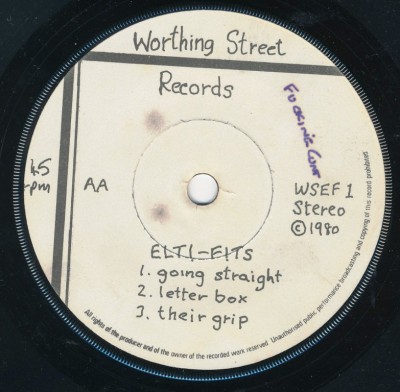 Elti Fits E.P. which came in a photocopied sleeve of Chaz Baz Cresc. Hulme. There was a cartoon in the Evening News during the Olympic bid time with some sketched characters at the starting line ready to run along the top of a curved building with a caption along the lines of “welcome to the 200m sprint from the crescents in Hulme; it was slightly amusing, honest!
Don’t know why it’s got sweary words written on it but it’s a slice of that dysfunctional discordant white funk so prevalent at the time, and all the better for it.
Artefact added : 1st August 2011
by dubwise-er