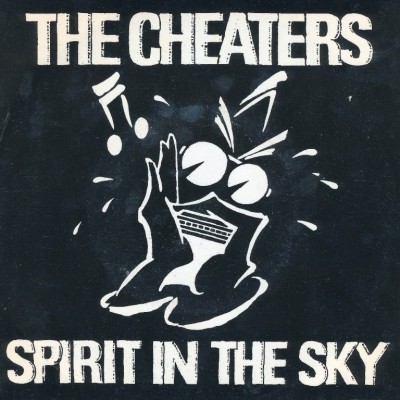 Nice choice and admirable attempt at covering a classic but, as with most covers, if you can’t improve on it or make it your own then some things should be best left unsaid. Probably went for the radio air play slot as this song’s a perennial, and no doubt has charted numerous times under various guises. “Oh Happy Day” is also in the same bag as a gospel flavoured chart topper from the same time; (now I’ve got the “Hari Krishna” song and “I’d Like to Teach the World to Sing” popping in my head. Better move on apace before I get stuck in some 70’s musical vortex...).
The track's got a nice bit of "gob horn" playing on it. Reminds me, you could often hear Frannie Eubanks walking round Hulme playing his mouth organ and it echoing round the crescents; great instrument to play and a sweet sound.Michael Woods the historian from Benchill also used to play in R'n B bands round the town.
B side of above is "Diplomat" and as it says on the reverse of the cover, from an album "Sweat It Out"; recorded at Revolution Studios, Cheadle Hulme.
Artefact added : 5th August 2011
by dubwise-er