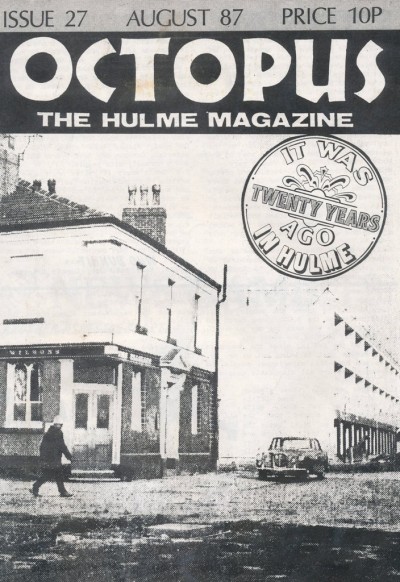 A little bit Hulme-centric this, but as a lot of bands came out of the area at that time I thought I’d just throw them into the mix; they might spark some memories.....?. They contain lots of stuff on how life was generally going on at the time; for the most part pretty rough ‘n tough for inner city dwellers the length and breadth of the land. There’s some music and humour in there as well to balance it out. I’ve got a few of these mags as well as “The Hulme Pig” which was more like a paper as well as other random publications. Like I said I’ll give ‘em to the Hulme/ Moss Side Archive at some point.
Turns out I’ve got loads of political flyers too, mostly of the protest variety and often relating to marches in the city on the burning topics of the day. Stuff like anti- apartheid/ Free Nelson Mandela, anti Reagan’s war in Nicaragua/South America, Friends of the Earth, protest against the Red Army invasion of Czeckoslovakia (no idea where that one came from!),Manchester Martyr Marches etc. Reminds me of the old Marlon Brando quip along the lines of “What you rebelling against?”...”what’ve you got...?” Well as I’m mostly a lazy get I don’t remember going on too many of these things, I think I was more of a “Thunderbird” Sipping socialist; the road to perdition being paved with good intentions and all.....Anyway if there’s a relevant website or archive I think they should go to it as they must have some value in that historical context; if anybody knows.....?
Artefact added : 8th August 2011
by dubwise-er