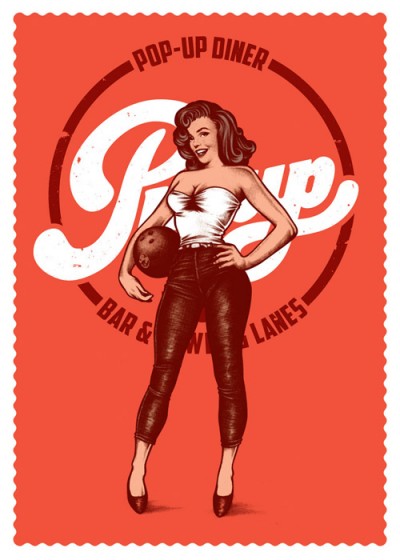 Ever fancied disco dancing in a 1950s-style diner like John Travolta and Uma Thurman? Now’s your chance to do it with an El Diablo’s twist.

To celebrate the arrival of this unique new party palace, El Diablo’s have teamed up with legendary DJ historian and Lowlifer Bill Brewster for a one-off night of psychedelic disco-diner euphoria. Score a fast-eight, talk some jive, fill up with a mammoth burger and then work it all off to the sounds of two of the disco scene’s most treasured spinners.

And as it that wasn’t enough excitement for one night, we also have a live screen-printing session courtesy of the ‘Flood It’ artists from Waste Studio. Five top-notch illustrators will produce an exclusive screen-printed poster to commemorate the night, plus t-shirts and tote-bags to boot. All you have to do is bring down your own garment to get it printed.

All for a fiver – no tickets, just turn up! Easy, really.