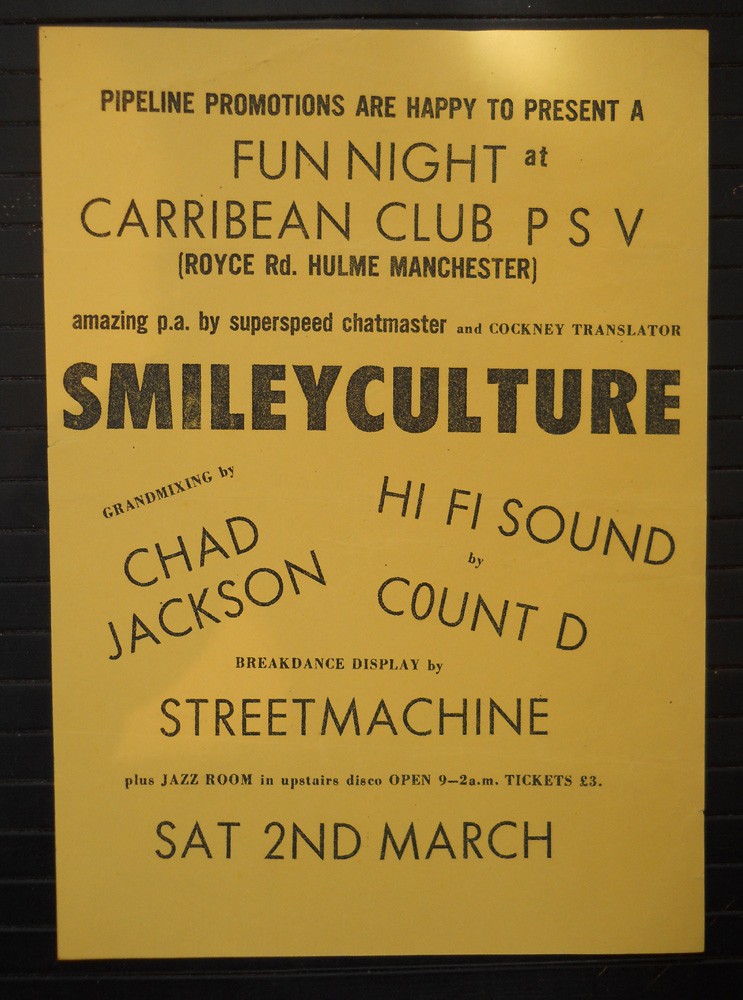 This is a flyer from PSV.

David Victor Emmanuel (10 February 1963 – 15 March 2011), better known as Smiley Culture, was a British reggae singer and deejay known for his 'fast chat' style. During a relatively brief period of fame and success, he produced two of the most critically acclaimed reggae singles of the 1980s. He died on 15 March 2011, aged 48, during a police raid on his home.