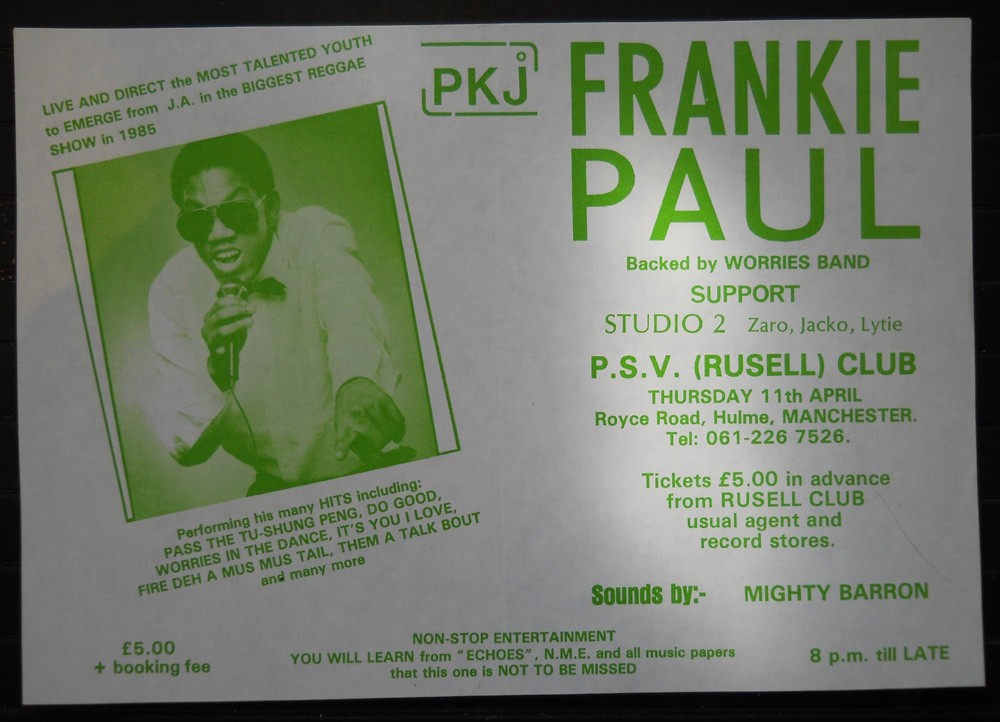 Paul Blake (born 1965), better known as Frankie Paul, is one of Jamaica's best-loved and popular dancehall reggae artists. Born blind, he has been dubbed by some 'The Jamaican Stevie Wonder'.

"Frankie Paul has a voice that improves with each release and, although initially compared with Dennis Brown, he has evolved a strange nasal, throaty style that makes him sound much older. It's the sheer exuberance of his best performances that give away his youthfulness, and his two London appearances have been joyous occasions." - NME (4 May 1985)