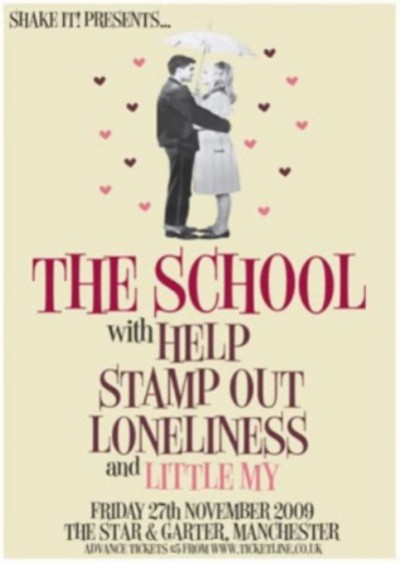 Brilliant indiepop night at the Star and Garter promoted by Shake It!

The two Cardiff bands, Little My and The School, had a bad journey up to Manchester so the first band went on a lot later than planned. It was worth the wait though.

It's difficult to expalin Little My. A twee pop collective, animal ears, a bear suit and I've no idea how many musicians on and off a stage that was too small for them.

Help Stamp Out Loneliness I only new about through the Torvill and Dean single that Marc Riley had been playing.

The School were another band I first heard thanks to a Marc Riley session. I knew that Liz Hunt played keyboards/backing vocals in The Loves. After 10 seconds of their first song for Marc Riley I was hooked.
Artefact added : 5th October 2011
by FutureBMXBandit