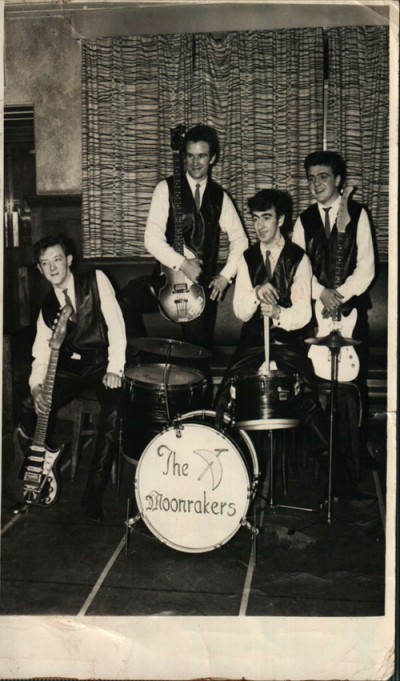 Sent in by Tony Kennedy:

"Some more pictures I have unearthed. These are of the Moonrakers. They were taken in 1963 at a pub in Manchester called the Land O' Cakes. It's still there. This band was a follow-on from the Dominoes skiffle group. Line-up was:

We all lived on the Langley estate, Middleton. We played all the local clubs and pubs in Manchester and Liverpool"