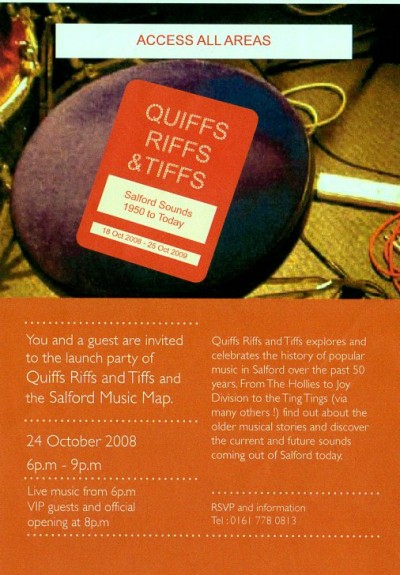 invite for the opening nite of QUIFFS RIFFS & TIFFS....an exhibition dedicated to salford music from the 50's onward...the exhibition was due to run for a year but later got extended for another 6 months due to demand.

on the opening nite we had guest speaker peter hook and elkie brooks opening procedings with music from salford bands "the mekkits" , "suzuki method" , "thingumabob & thingumajig" plus others and poetry from mike gary....coupled with free drinks this was a good night.