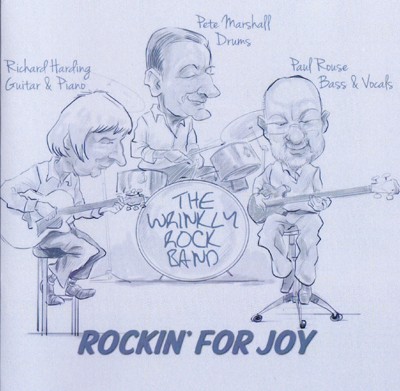 I have known Richard Harding since the 60’s, when I played bass guitar in a band which included his brother. I gave up music to concentrate on advertising, and began to use Richard and the Cresters to write and record advertising jingles in the studio Richard had built at his home. I think that kick started his career as a music composer and producer for TV and film makers.
We kept in touch, and I recently decided to record a 12 track CD for my wife Joy, who never heard me play. Richard, of course, recorded it, and played both guitar and piano on it. Believe me, he has lost none of his finger dexterity, and some of his guitar work is superb. I had 100 copies made, and gave them to people who then donated £5 to Children in Need.
Artefact added : 9th February 2012
by Abigail

guitarstar Says –
Richard Harding has been a hero of mine from when I heard him (with The Cresters) playing "Forgotten Dreams" in false harmonics on a radio show back in the 60's. I've seen some more recent footage on Youtube too. One of those indelible memories. Respect.
If you'd like to leave a comment, please Login. Login
Manchester Digital Music Archive is licensed under an
Attribution-NonCommercial-ShareAlike 4.0 International License.
Charity no. 1164179
Our archive currently contains 3735 Bands, 739 DJs, 1424 Venues, 260 Industry Professionals and 27741 artefacts contributed by 3844 members.