Marty Barry and the Teenbeats
Photograph
1962 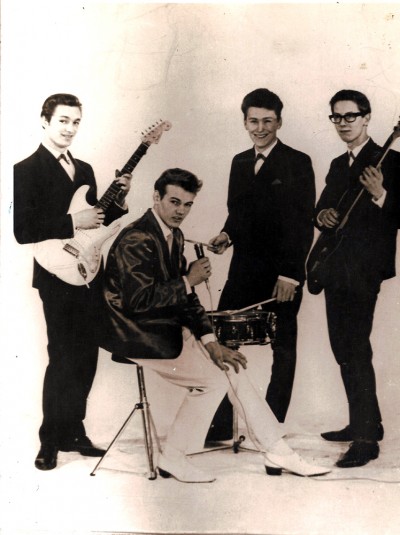 The Teenbeats were a Stockport based group formed around 1960, at Reddish Youth Club. they played around the Manchester clubs for about three years, and were well known at the time.
Marty Barry is now known as Martin Barry. He remained in the entertainment business for the whole of his working life. He now lives in North Wales and is still performing full time in 2012 aged 70.
Artefact added : 6th September 2012
by Abigail