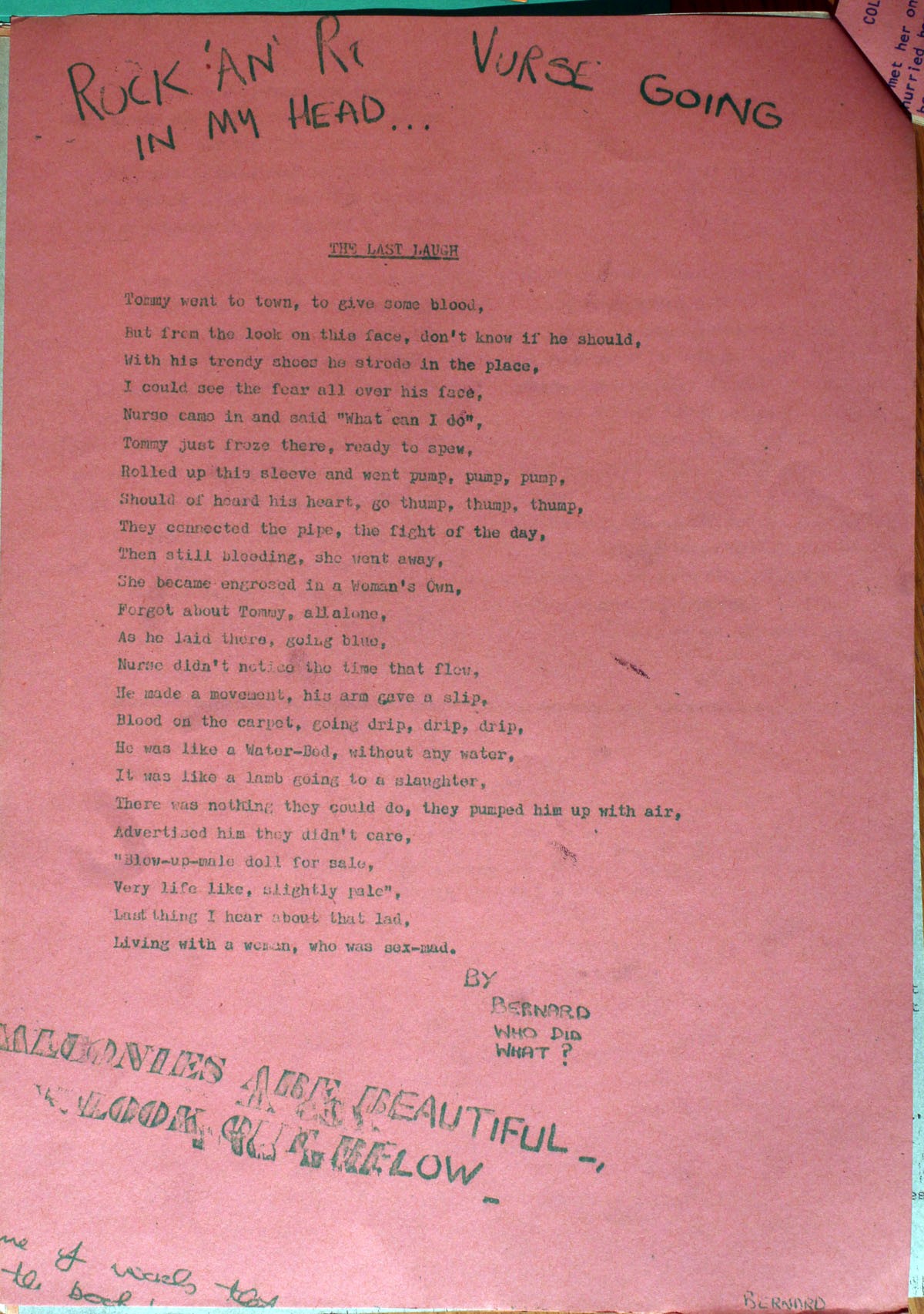 ROCK ‘AN’ ROLL NURSE GOING IN MY HEAD…

THE LAST LAUGH
Tommy went to town, to give some blood,
But from the look on his face, don’t know if he should,
With his trendy shoes he strode in the place,
I could see the fear all over his face,
Nurse came in and said “What can I do?”,
Tommy just froze there, ready to spew,
Rolled up this sleeve and went pump, pump, pump,
Should of heard his heart, go thump, thump, thump.
They connected the pipe, the fight of the day,
Then still bleeding, she went away,
She became engrossed in a Woman’s Own,
Forgot about Tommy, allalone,
As he laid there, going blue,
Nurse didn’t notice the time that flew,
He made a movement, his arm gave a slip,
Blood on the carpet, going drip, drip, drip,
He was like a Water-Bed, without any water,
It was like a lamb, going to the slaughter,
There was nothing they could do, they pumped him up with air,
Advertised him they didn’t care,
“Blow-up-male doll for sale,
Very life like, slightly pale”,
Last thing I hear about that lad,
Living with a woman, who was sex-mad.
BY BERNARD WHO DID WHAT?