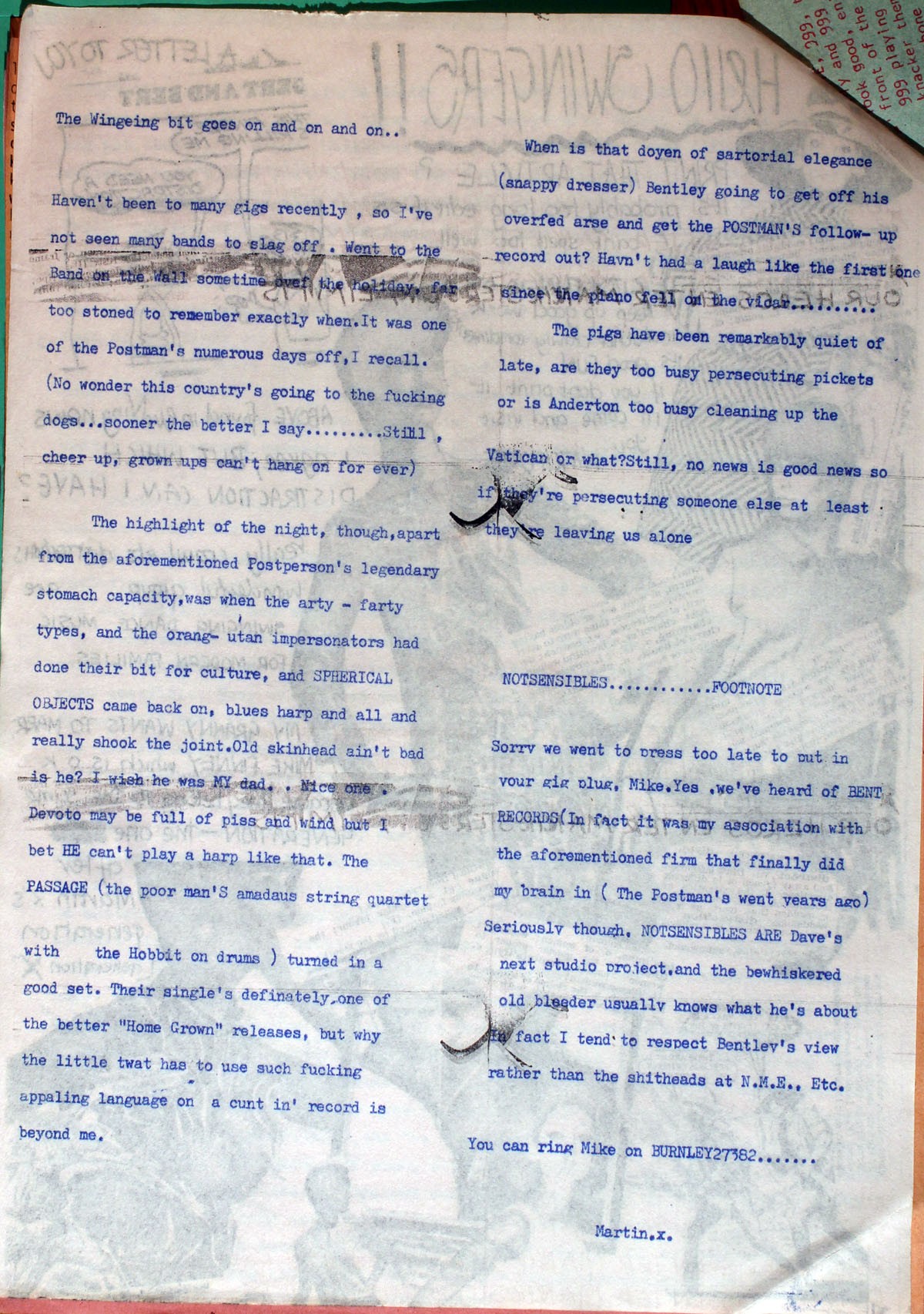 The Wingeing bit goes on and on...
Haven't been to many gigs recently , so I've not seen many band to slag off . Went to the Band on the Wall sometime ovef the holiday, far too stoned to remember exactly when.It was one of the Postman's numerous days off, I recall. (No wonder this country's going to the fucking dogs...sooner the better I say.....Still, cheer up, grown ups can't hang on for ever)
The highlight of the night, though,apart from the aforementioned Postperson's legendary stomach capacity,was when the arty - farty types and the orang- utan impersonantors had done their bit for culture, and SPHERICAL OBJECTS came back on, blues harp and all and really shook the joint.Old skinhead ain't bad - is he? I wish he was MY dad. . Nice one . Devoto may be full of piss and wind but I bet HE can't play a harp like that. The PASSAGE (the poor man'S amadaus string quartet with the hobbit on drums ) turned in a good set. Their single's definately one of the better "Home Grown" releases, but why the little twat has to use such fucking appaling language on a cunt in' record is beyond me.
When is that doyen of sartorial elegance (snappy dresser) Bentley going to get off his overfed arse get the POSTMAN'S follow-up record out? Haven't had a laugh like the first one since the piano fell on the vicar........
The pigs have been remarkably quiet of late, are they too busy persecuting pickets or is Anderton too busy cleaning up the
Vatican or what?Still, no news is good news so if they're persecuting someone else at least they're leaving us alone
NOTSENSIBLES................FOOTNOTE
Sorry we went to press too late to put in your gig plug, Mike. Yes ,we've heard of BENT RECORDS(in fact it was my association with the aforementioned firm that finally did my brain in ( The Postman's went years ago) Seriously though, NOTSENSIBLES ARE Dave's next studio project,and the bewhiskered old bleeder usually knows what he's about In fact I tend to respect Bentley's view rather than the shitheads at N.M.E., Etc.
You can ring Mike on BURNLEY27382....
Martin.x.