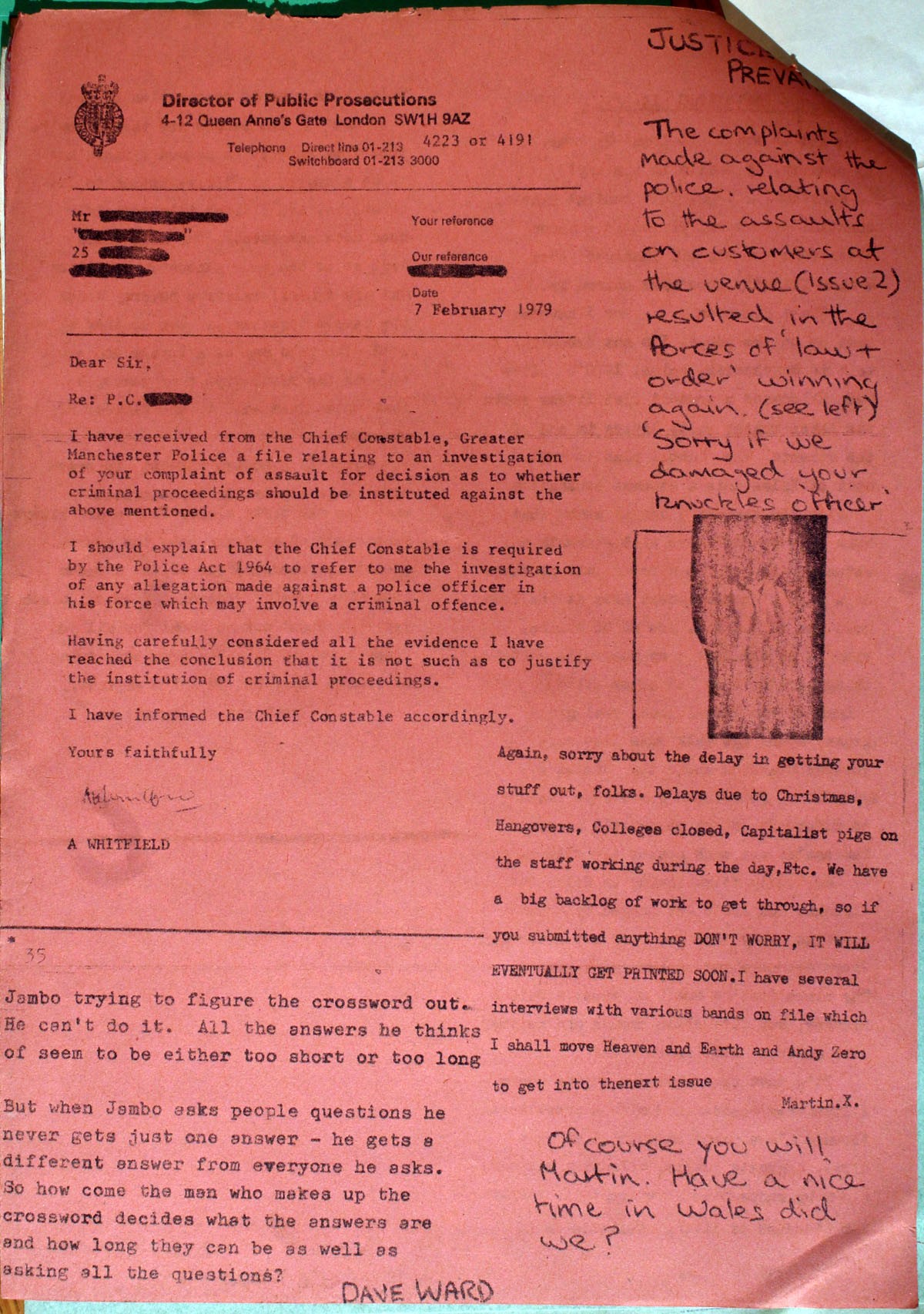 [Reproduced Letter]
Director of Public Prosecutions
4-12 Queen Anne's Gate London SW1H 9AZ
Telephone Direct Line 01-213 4223 or 4191
Switchboard 01-213 3000
Address and name redacted
Date 7 February 1979
Dear Sir,
Re: P.C. REDACTED
I have received from the Chief Constable, Greater Manchester Police a file relating to an investigation of your complaint of assault for decision as to whether criminal proceedings should be instituted against the above mentioned.
I should explain that the Chief Constable is required by the Police Act 1964 to refer to me the investigation of any allegation made against a police officer in his force which may involve a criminal offence.
Having carefully considered all the evidence I have reached the conclusion that it is not such as to justify the instituion of criminal proceedings.
I have informed the Chief Constable accordingly.
Yours faithfully
A WHITFIELD
JUST[obscured]
PREV[obscured]
The complaints made against the police, relating to assaults on customers of the venue (issue 2) resulted in the forces of 'law + order' winning again. (see left) 'Sorry if we damaged your knuckles officer'
Again, sorry about the delay in getting your stuff out, folks. Delays due to Christmas, Hangovers, Colleges closed, Capitalist pigs on the staff working during the day,Etc. We have a big backlog of work to get through, so if you submitted anything DON'T WORRY, IT WILL EVENTUALLY GET PRINTED SOON. I have several interviews with various bands on file which I shall move Heaven and Earth and Andy Zero to get into thenext issue
Martin.X.
[Hand-written] Of course you wiil, Martin. Have a nice time in Wales did we?
35
Jambo trying to figure the crossword out. He can't do it. All the answers he thinks of seem to be either too short or too long.
But when Jambo asks people questions he never gets just one answer - he gets a different answer from everyone he asks. So how come the man who makes up the crossword decides what the answers are and how long they can be as well as asking all the questions?
DAVE WARD