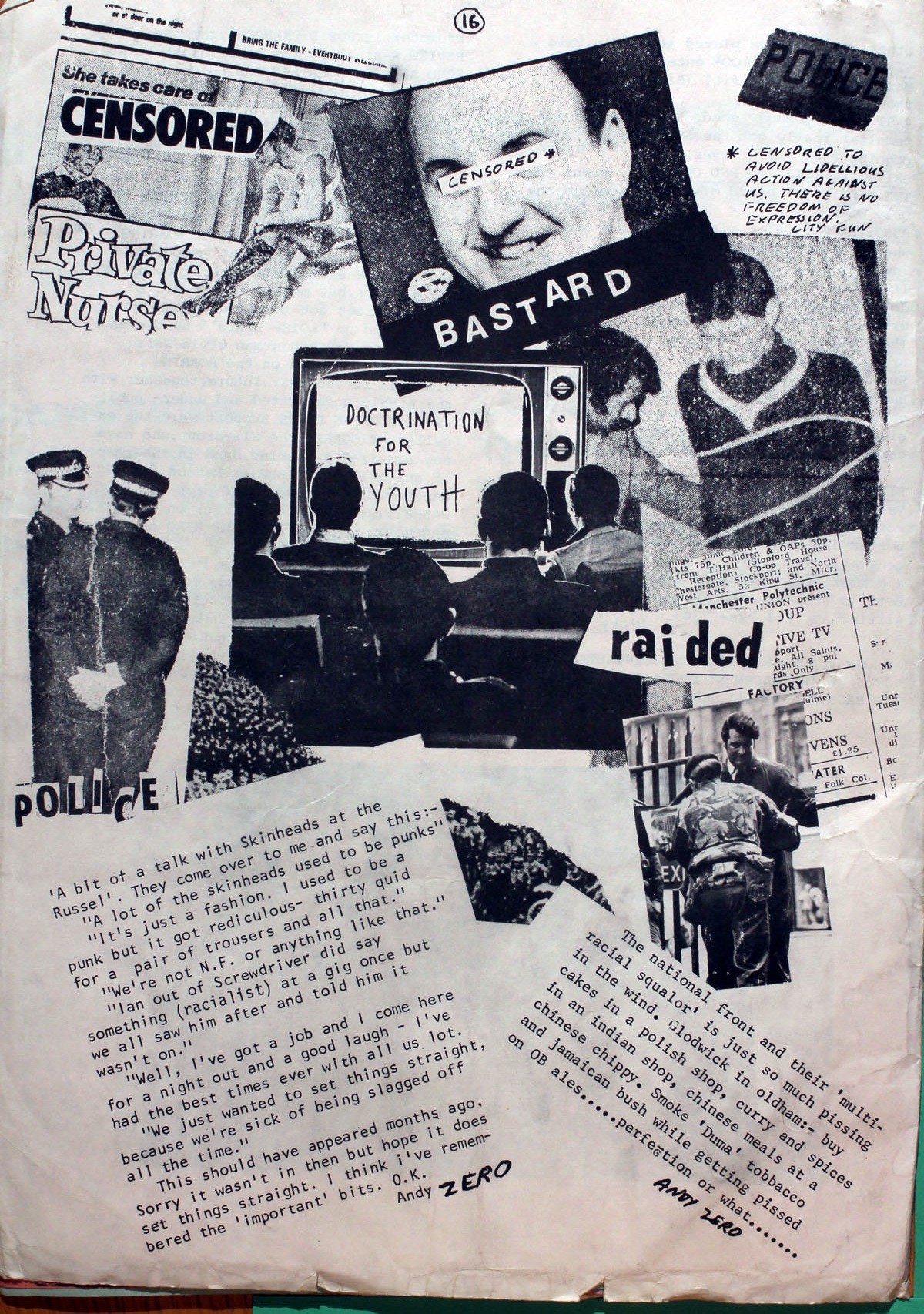 [Montage]
CENSORED* [Over James Anderton's eyes]
*CENSORED TO AVOID LIDELLIOUS ACTION AGAINST US. THERE IS NO FREEDOM OF EXPRESSION. CITY FUN
'A bit of a talk with Skinheads at the Russel'. They come over to me and say this:- "A lot of the skinheads used to be punks"
"It's just a fashion. I used to be a punk but it got rediculous- thirty quid for a pair of trousers and all that."
"We're not N.F. or anything like that."
"Ian out of Screwdriver did say something (racialist) at a gig once but we all saw him after and told him it wasn't on."
"Well, I've got a job and I come here for a night out and a good laugh - I've had the best times ever with all us lot.
"We just wanted to set things straight, because we're sick of being slagged off all the time."
This should have appeared months ago. Sorry it wasn't in then but hope it does set things straight. I think I've remem-bered the 'important' bits. O.K.
Andy ZERO
The national front and their 'multi-racial squalor' is just so much pissing in the wind. Glodwick in Oldham:- buy cakes in a polish shop, curry and spices in an indian shop, chinese meals at a chinese chippy. Smoke 'Duma' tobbacco and jamaican bush while getting pissed on OB ales.......perfection or what........
ANDY ZERO