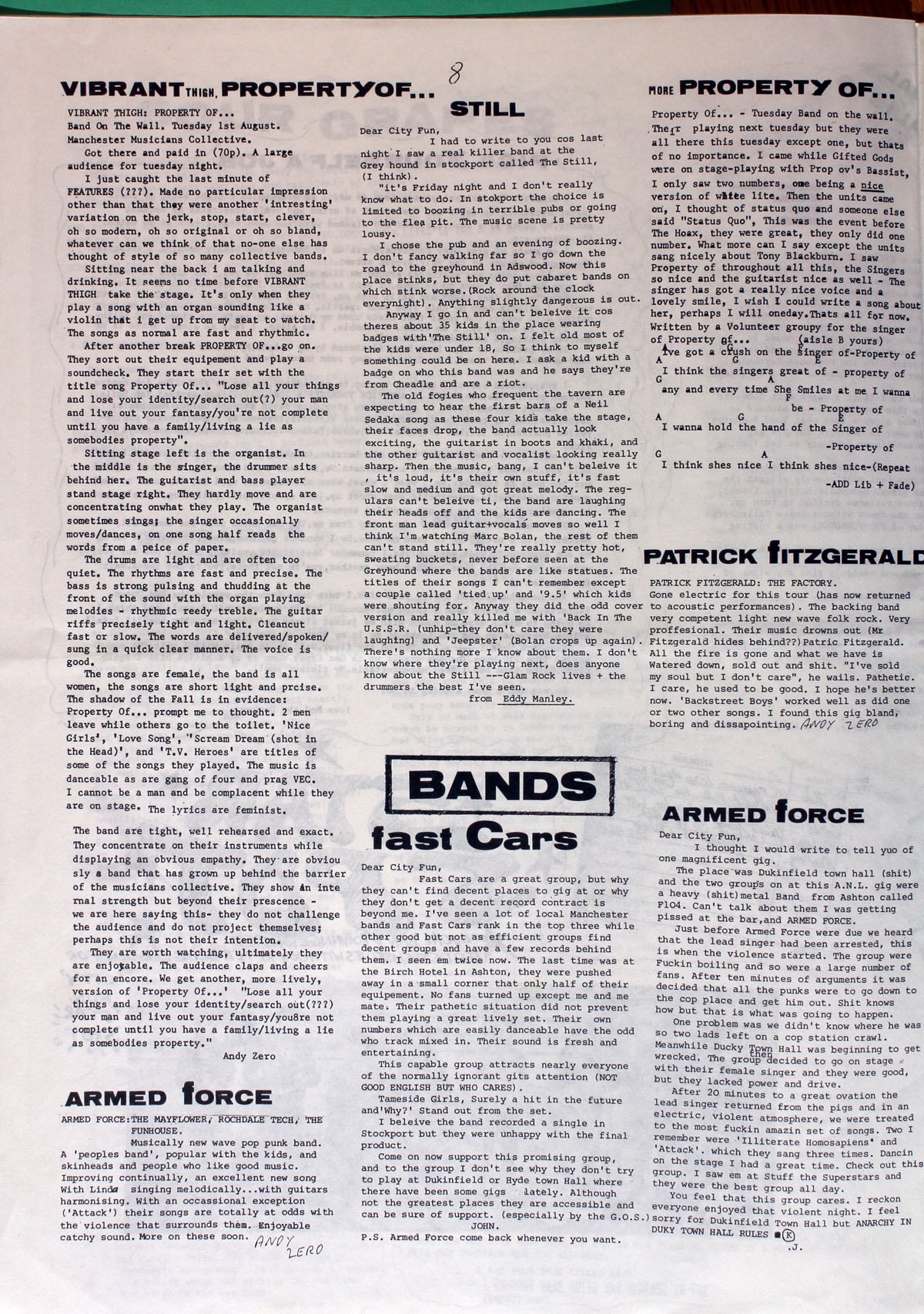 
Dear City Fun,
1 thought I would write to tell yuo [obscured] one magnificent gig.
The p1ace'was Dukinfield town hall. (shi [obscured] and the two groups on at this A.N.L. gig were a heavy (shit)metal band from Ashton called F104. Can’t talk about them I was getting pissed at the bar,and ARMED FORCE.
Just before Armed Force were due we hear that the lead singer had been arrested, this is when the violence started. The group were Fucking boiling and so were a large number of fans. After ten minutes of arguments it was decided that all the punks were to go down the cop place and get him out. Shit knows how but that is what was qoinq to happen.
One problem was we didn't know where he was so two lads left on a cop station crawl. Meanwhile Ducky Eﬁwn Hall was beginning to get wrecked. The group then decided to go on stage with their Female singer and they were good, but they lacked power and drive.
After 20 minutes to a great ovation the lead singer returned from the pigs and in an electric, violent atmosphere, we were treated to the most fuckin amazin set of songs. Two to remember were 'I111terate Homosapiens' and ‘Attack'. which they sang three times. Dancing on the stage I had a great time. Check out this group. I saw em at Stuff the superstars and they were the best group all day.
You feel that this group cares. I reckon everyone enjoyed that violent night. I feel sorry for Dukinfield Town Hall but ANARCHY IN DUKY TOWN HALL RULES OK.
.J.