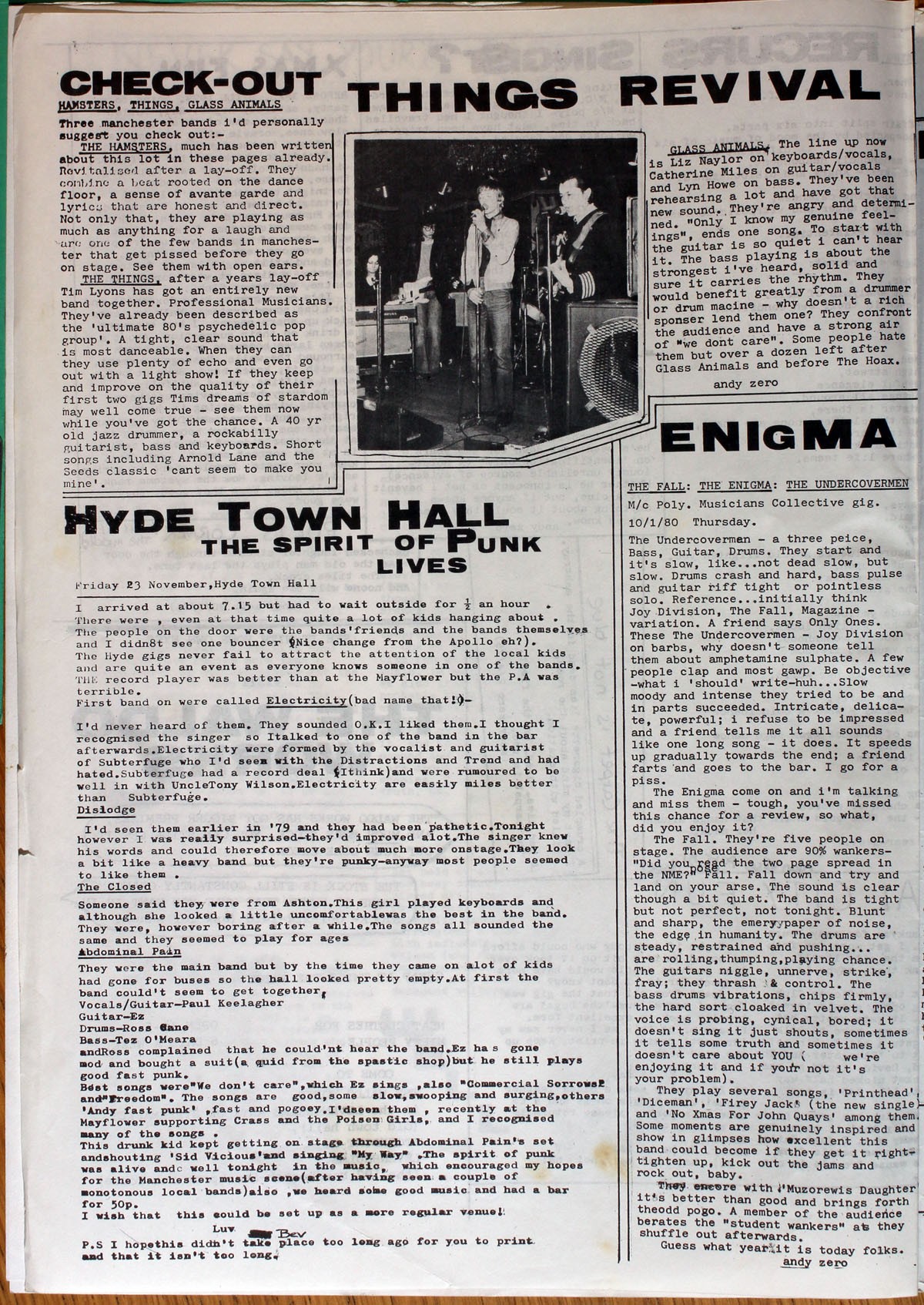 DAVE THOMPSON Says –
I'd forgotten about this article. I was the singer/keyboard player in the opening band - Electricity. I'd stayed with Kev Driskel, the drummer from Subterfuge when they split. We met guitarist Mark Travis and bassist Wayne Hodges purely by chance outside the A1 Music Store on Oxford Rd, and got chatting after overhearing them talking about bands we had a mutual admiration for. It could have been a good project but after a short while they decided it was not for them. We formed a couple of weeks before that gig so consequently only had 3 songs but we went down well - a brand new experience for me and Kev !
It was such a short lived project that I don't even have any recordings of us, andsince we split I've never had any contact with either Mark or Wayne - not through animosity - we just never got around to it, and if they are still involved in music or prone to reminiscing and see this artefact I'd love to catch up with them again.
The author of the article was right about the name of course - it was crap but we had to think of something quick, and while I think of it - who was the mysterious "Bev" - I never found out.