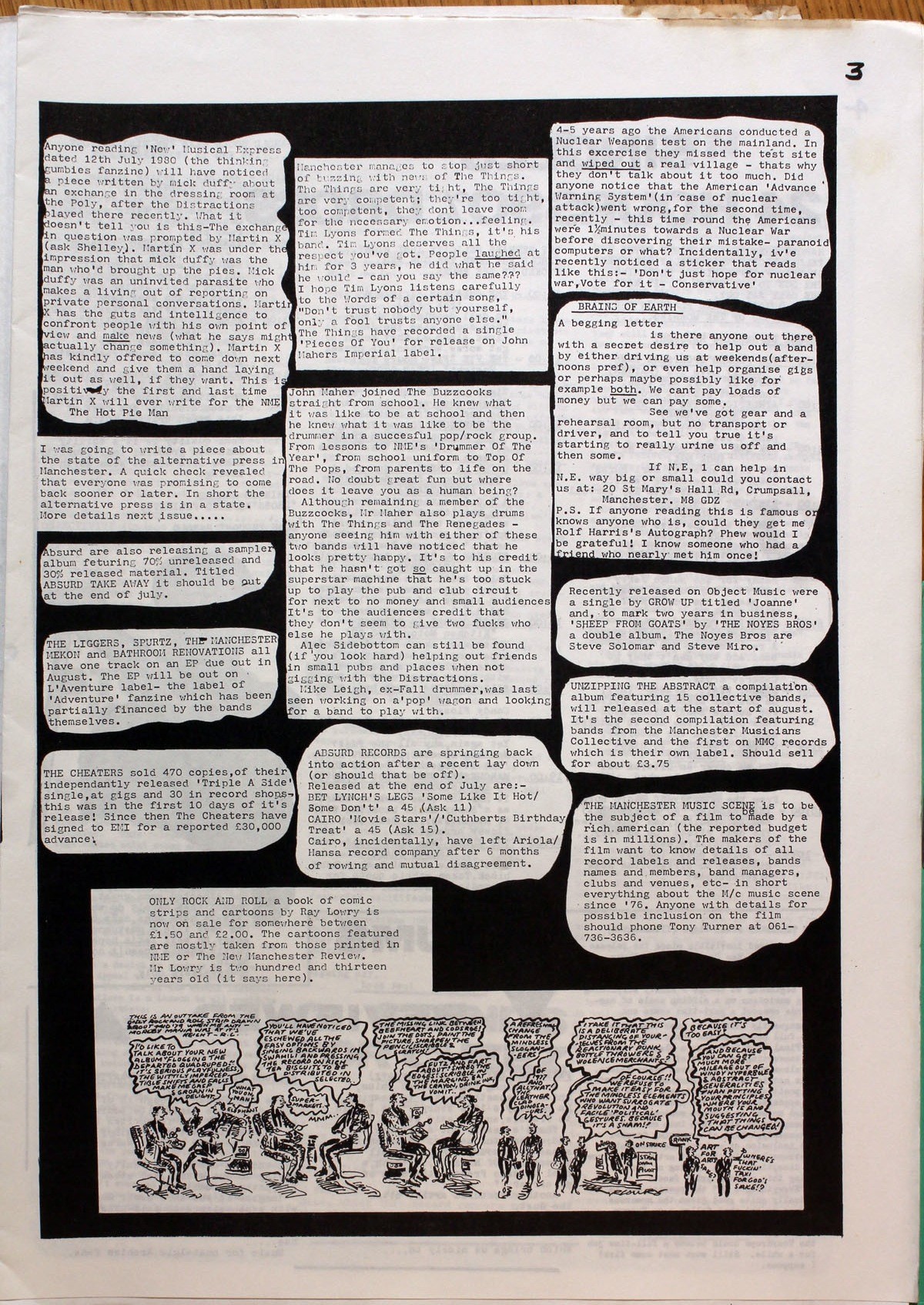 David Wilkinson Says –
Ray Lowry was a fantastic cartoonist who started out working for the hippie underground press and moved on to publications like the Guardian, the NME and The Face. Here his satire is perfectly tailored to City Fun's regionalism and its anti-elitist politics, mocking the perceived pretentiousness of the London-based music press, certain post-punk bands and their questionable political commitments. As someone who'd lived through countercultural rock, he'd seen this turn to obscurity before and knew that it boded ill for hopes of a radical but populist popular music.
If you'd like to leave a comment, please Login. Login
Manchester Digital Music Archive is licensed under an
Attribution-NonCommercial-ShareAlike 4.0 International License.
Charity no. 1164179
Our archive currently contains 3831 Bands, 752 DJs, 1454 Venues, 303 Industry Professionals and 29441 artefacts contributed by 3988 members.