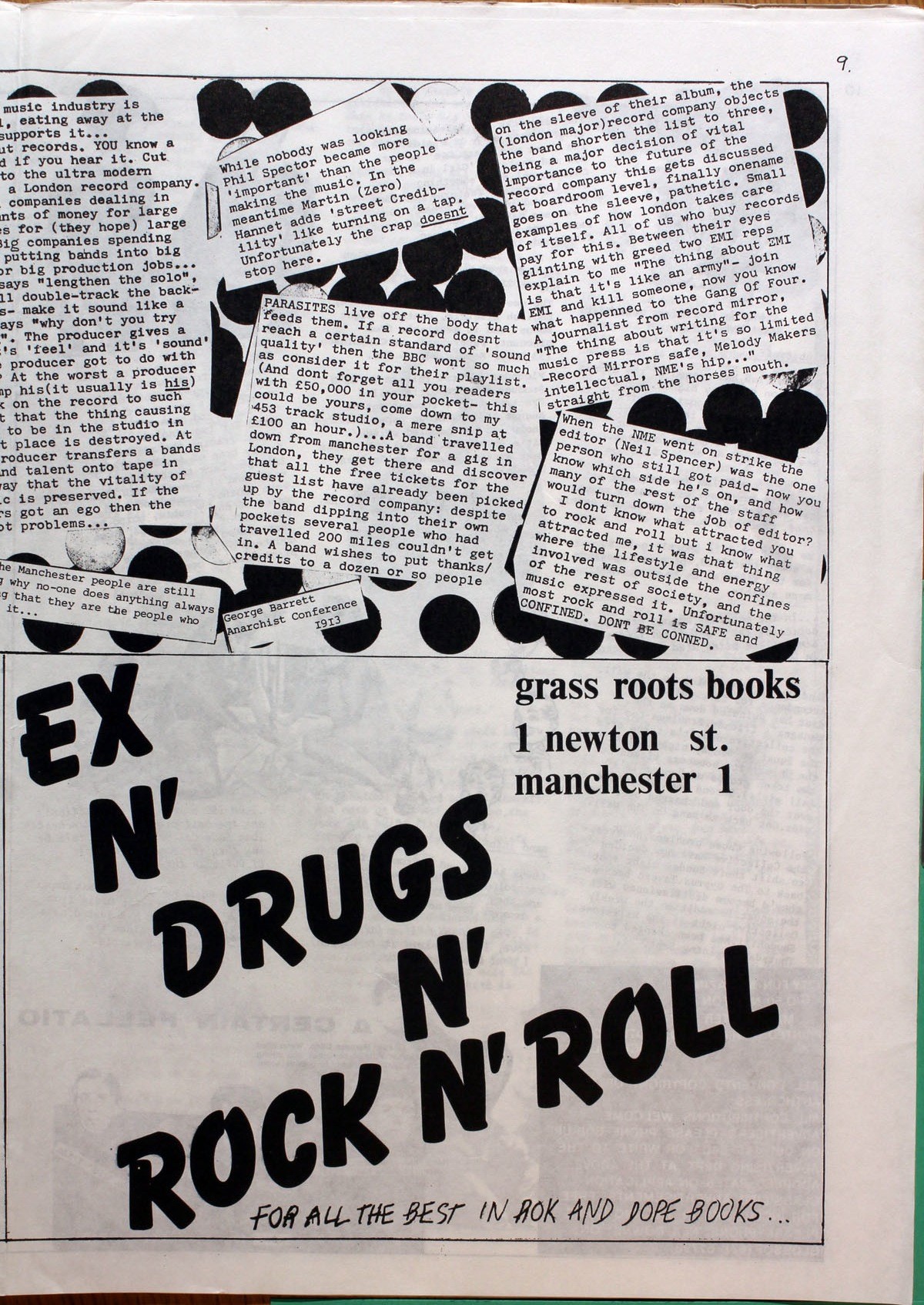 PARASITES live off the body that feeds them. If a record doesnt reach a certain standard of 'sound quality' then the BBC wont so much as consider it for their playlist. (And dont forget all you readers with £50,000 in your pocket- this could be yours, come down to my 453 track studio, a mere snip at £100 an hour.)...A band travelled down from manchester for a gig in London, they get there and discover that all the free tickets for the guest list have already been picked up by the record company: despite the band dipping into their own pockets several people who had travelled 200 miles couldn't get in. A band wishes to put thanks/credits to a dozen or so people on the sleeve of their album, the (london major) record company objects, the band shorten the list to three, being a major decision of vital importance to the future of the record company this gets discussed at boardroom level, finally onename goes on the sleeve, pathetic. Small examples of how london takes care of itself. All of us who buy records pay for this. Between their eyes glinting with greed two EMI reps explain to me "The thing about EMI is that it's like an army"- join EMI and kill someone, now you know what happenned to the Gang of Four.

A journalist from record mirror, "The thing about writing for the music press is that it's so limited -Record Mirrors safe, Melody Makers intellectual, NME's hip..."

straight from the horses mouth.
When the NME went on strike the editor (Neil Spencer) was the one person who still got paid- now you know which side he's on, and how many of the rest of the staff would turn down the job of editor?
I dont know what attracted you to rock and roll but i know what attracted me, it was that thing where the lifestyle and energy involved was outside the confines of the rest of society, and the music expressed it. Unfortunately most rock and roll is SAFE and CONFINED. DON'T BE CONNED.

...and the Manchester people are still wondering why no-one does anything always forgetting that they are the people who should do it...
George Barrett. Anarchist Conference 1913