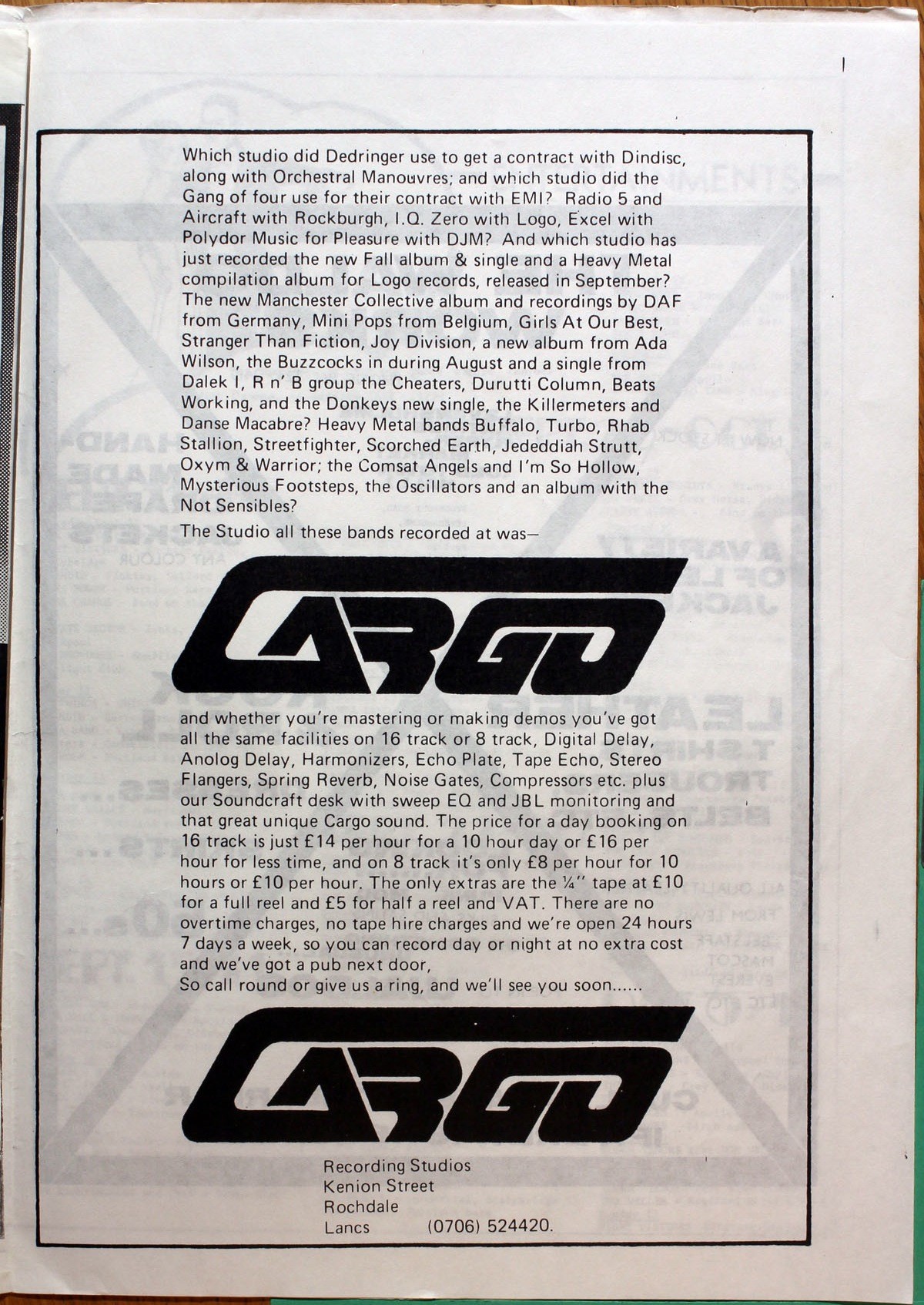 Which studio did Dedringer use to get a contract with Dindisc, along with Orchestral Manouvres; and which studio did the Gang of four use for their contract with EMI? Radio 5 and Aircraft with Rockburgh, l.O. Zero with Logo, Excel with Polydor Music for Pleasure with DJM? And which studio has just recorded the new Fall album & single and a Heavy Metal compilation album for Logo records, released in September? The new Manchester Collective album and recordings by DAF from Germany, Mini Pops from Belgium, Girls At Our Best, Stranger Than Fiction, Joy Division, a new album from Ada Wilson, the Buzzcocks in during August and a single from Dalek I, R n’ B group the Cheaters, Durutti Column, Beats Working, and the Donkeys new single, the Killermeters and Danse Macabre? Heavy Metal bands Buffalo, Turbo, Rhab Stallion, Streetfighter, Scorched Earth, Jededdiah Strutt, Oxym & Warrior; the Comsat Angels and I'm So Hollow, Mysterious Footsteps, the Oscillators and an album with the Not Sensibles?
The Studio all these bands recorded at was-
CARGO
and whether you're mastering or making demos you ‘ve got all the same facilities on 16 track or 8 track, Digital Delay, Anolog Delay, Harmonizers, Echo Plate, Tape Echo, Stereo Flangers, Spring Fleverb, Noise Gates, Compressors etc. plus our Soundcraft desk with sweep EQ and JBL monitoring and that great unique Cargo sound. The price for a day booking on 16 track is iust E14 per hour for a 10 hour day or £16 per hour for less time, and on 8 track it's only E8 per hour for 10 hours or E10 per hour. The only extras are the ‘/3" tape at £10 for a full reel and E5 for half a reel and VAT. There are no overtime charges, no tape hire charges and we're open 24 hours 7 days a week, so you can record day or night at no extra cost and we've got a pub next door,
So call round or give us a ring, and we'll see you soon .... ..
CARGO
Recording Studios
Kenion Street
Rochdale
Lancs (0706) 524420.