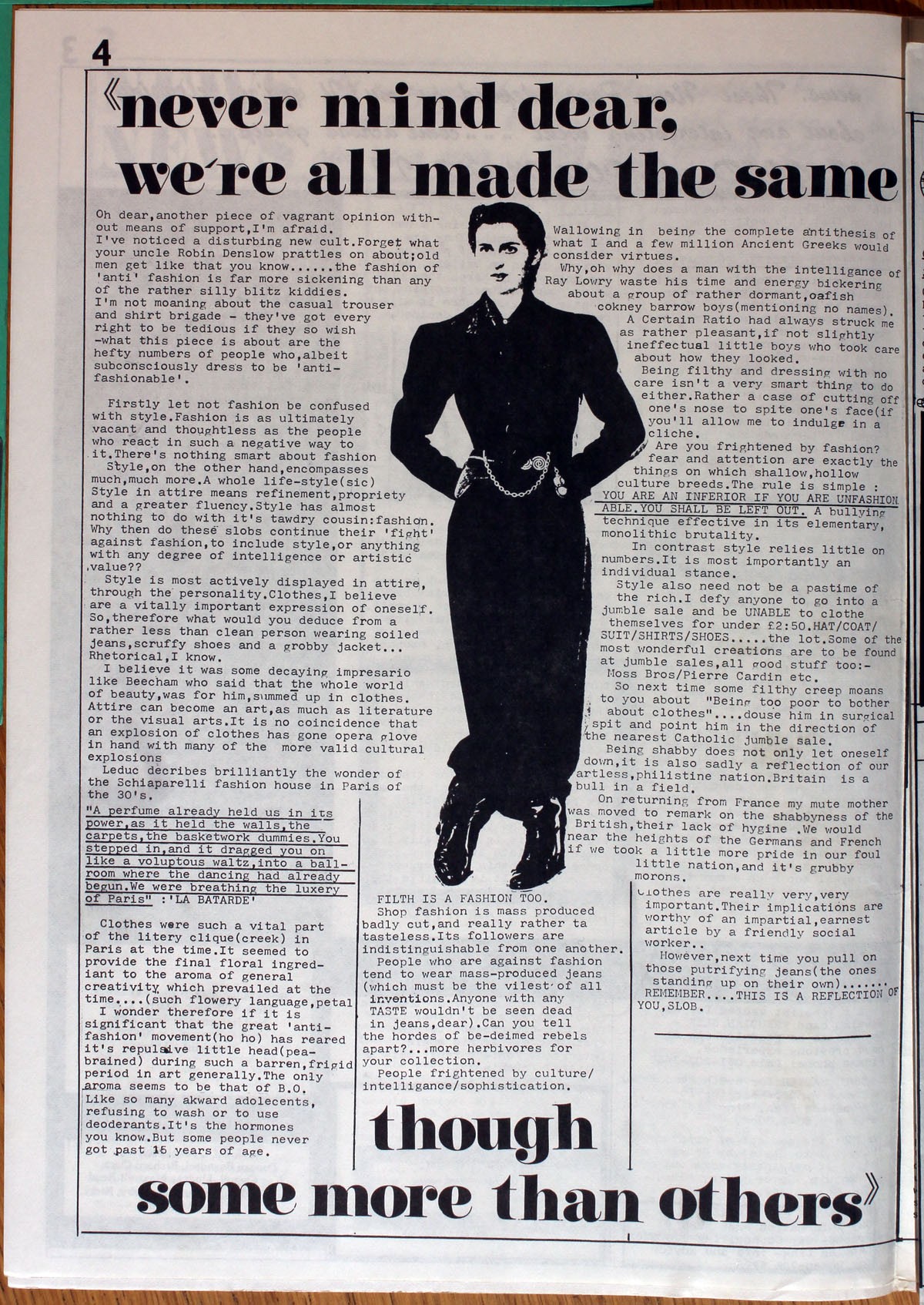 David Wilkinson Says –
A very arch, crisply witty article on dress, which distinguishes between fashion, anti-fashion and what it celebrates as â€˜styleâ€™. It reveals that City Fun occasionally had as much in common with that dandyish element of London punk that later became New Romantic as it did with DIY rhetoric and the democratic collectivism of Rough Trade. What seems to be going on here, though, is a fusion of the two stances â€“ worthy dowdiness is rejected, but so is the mean-spirited exclusivity which marked cliques like the Bromley Contingent.
If you'd like to leave a comment, please Login. Login
Manchester Digital Music Archive is licensed under an
Attribution-NonCommercial-ShareAlike 4.0 International License.
Charity no. 1164179
Our archive currently contains 3734 Bands, 739 DJs, 1424 Venues, 260 Industry Professionals and 27779 artefacts contributed by 3846 members.