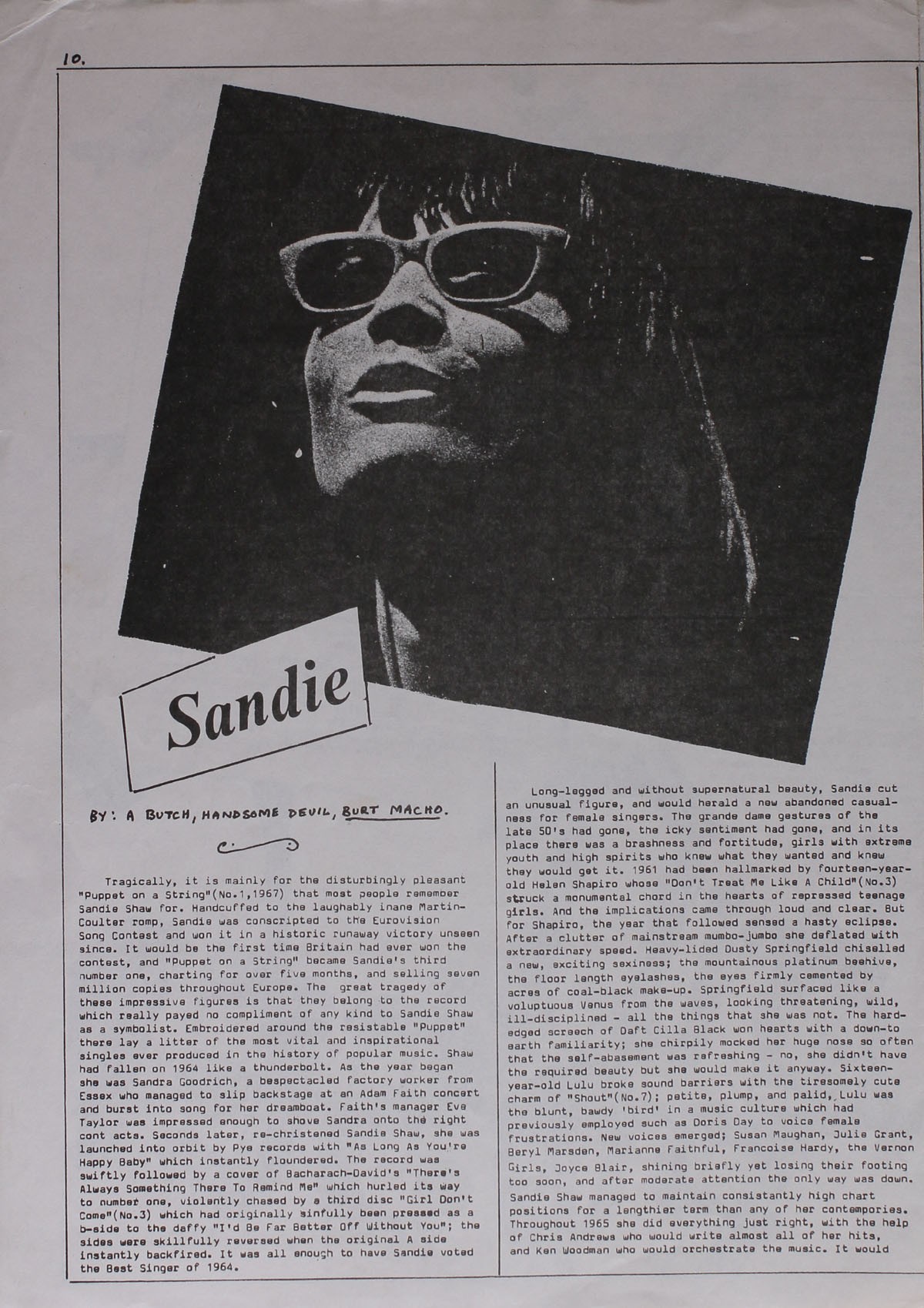 Dave Haslam Says –
Yes, itâ€™s Morrissey. Morrissey had been just a reader of City Fun, then he was being written about (â€˜City Funâ€™ carried a review of the second Smiths gig, when they played Manhattan Sound). His next move was to become a contributor too. Heâ€™s Burt Macho; but this contribution is a bit dull, Sandie Shaw, yawn; but there it is. Throughout 1983 the Smiths feature heavily; see also page 13 of this issue, and passim.
If you'd like to leave a comment, please Login. Login
Manchester Digital Music Archive is licensed under an
Attribution-NonCommercial-ShareAlike 4.0 International License.
Charity no. 1164179
Our archive currently contains 3714 Bands, 737 DJs, 1379 Venues, 252 Industry Professionals and 26682 artefacts contributed by 3779 members.