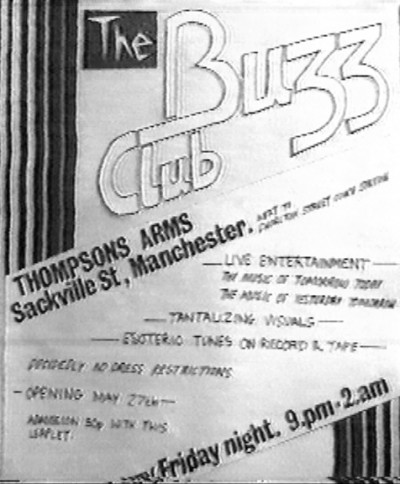 Still from a video showing one of the original flyers for the Buzz Club.

The Buzz Club was run on Friday nights at the Thompson's Arms (by Chorlton Street Coach Station) - admission was 50p with the flyer and bands were compelled to use an old WEM PA to create an atmosphere where folk could sit and chat or listen to the bands.

The night later moved to the Hussar in Hulme, less successfully.

The Buzz Club was run by members of the Floating Adults, who featured on the opening night.
Artefact added : 25th August 2013
by PrattyDread