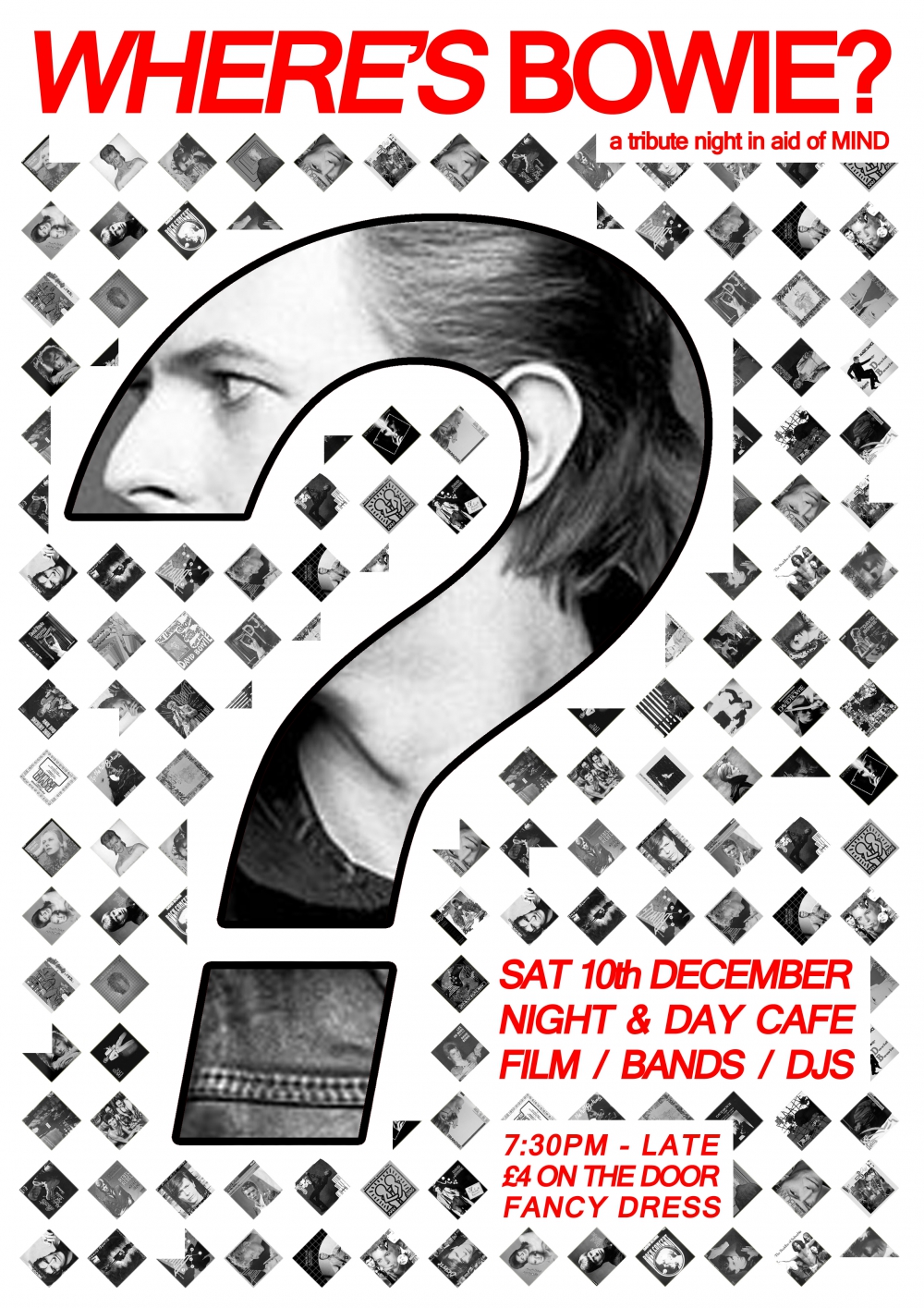 I DJed along with Clair & Rebecca (Bad Timing) and Jane Hector-Jones.

I put together these 'Bowie-esque' mixes shortly afterwards as a souvenir for all the pink monkey birds that strutted their stuff on that special night.

The lovely artwork was by Randall Marsh.